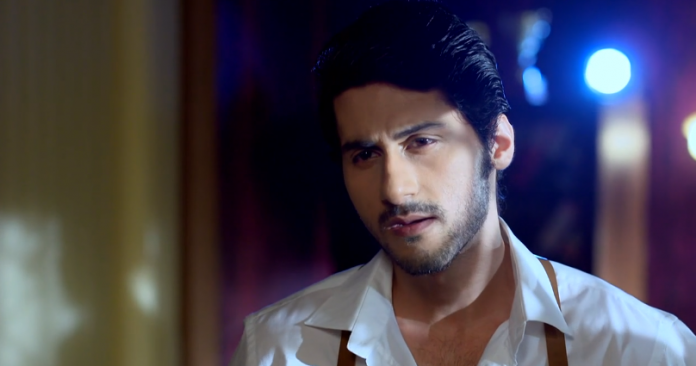 Priyanka helps Randhawa and gets some medicines for his ill sister. She goes to meet his sister. She gets shocked seeing his sister under medical care. She recalls Randhawa’s words. Randhawa stops Priyanka.

Priyanka asks Randhawa what happened to his sister, that day there was someone else. Randhawa says that girl was someone else, and this is his sister who is still in coma, and Priyanka is responsible for her state. Randhawa tells how he planned all that to make Priyanka relieved and admit the crime. Priyanka panics and runs away from his house. Randhawa stops Priyanka and asks her to think of his pain to see his sister in coma like this. He tells his plan to make Priyanka fall for him, so that they could marry. Priyanka gets hurt. Randhawa wants to punish Priyanka for doing his sister’s accident. He wants to torture her by marrying her. He tells how relations are made by hatred. He says he will marry her to take revenge from her. Priyanka gets a big shock.

On the other hand, Anika thanks Oberois for giving her respect and love as a family. She apologizes to Pinky, who was most angry seeing Anika as her bahu. Tia’s husband calls her up. Tia gets worried again. Anika gets leaving with Sahil. Dadi asks Anika not to go. Anika thanks Dadi for immense love and support throughout, when no one supported her in the house. Dadi blesses Anika. Shivay makes an entry and stops Anika to ask where is she going, when she has lost her house now. He tells Anika that she has no house, as he is the owner of her house. He reminds Anika that he has bought the house long time back and she is well aware of it. She says I promised Dadi to return the money to her.

Shivay asks Anika will she return money in next birth, till when would he wait for repayment. He shocks her saying he has sold the house to get investment and profit. Anika cries knowing he sold the house and brought them on road. Sahil too worries. Shivay asks Sahil and Anika to stay in Oberoi mansion. He says its Anika’s right to stay here till the divorce papers. She is sure that Sahil will not agree to stay here. Shivay tells her that he will convince Sahil to stay back.