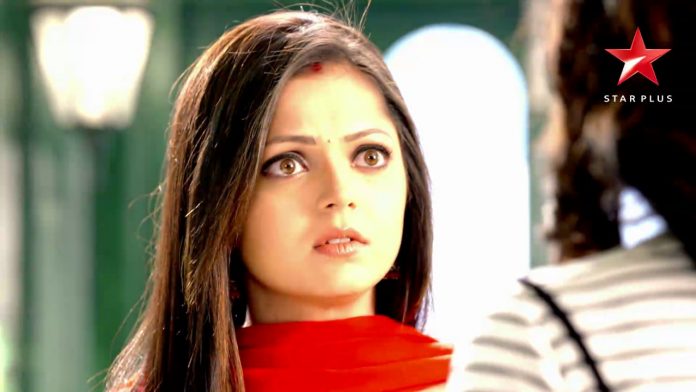 Dadi has kept a lavish party and announces Veer as the heir of Mehra family. The media cover the party event. Dadi says Veer will manage Mehra family business now. Sanjana is very happy as she will become very rich after marrying Veer.

Naina goes to Veer and gets angry in Veer. She asks Veer how can he ask Dadi to check Raghav, when Raghav was awake all night and made presentation for him. She says everyone is praising the presentation which Raghav made, and Veer is humiliating Raghav. She asks Veer how much low will he fall down. Naina broke her silence to protect Raghav’s self esteem. Raghav does not care if Veer gets all the credit, as Raghav wants the best for Mehra family.

Raghav has come in Naina’s good books again. Naina keeps an eye on Sanjana and Veer. Dadi wants to check how Veer will manage work alone now and has taken this step to build up responsibility pressure on Veer. Raghav is happy for Veer. He always wanted Veer to become responsible and helps Veer. Sanjana’s sonography reports make Dadi glad. The fake reports emotionally blackmailed Dadi and helped Veer in getting Dadi’s love and property. Naina knows Sanjana is doing pregnancy drama. Naina started spying on Sanjana. She tells Raghav about Sanjana’s big lie. Raghav does not believe Naina and asks her not to do these spying things. Naina is determined to expose Sanjana’s truth.

Raghav and Naina are managing arrangements of Veer and Sanjana’s marriage. Raghav and Naina decide the flowers to be used in decorations. Raghav tells the flowers of Sanjana’s choice. He says I know Sanjana’s choice as I know her very well. Naina feels awkward and knows Raghav was in love with Sanjana before. Veer comes and apologizes to Raghav. Veer sounds genuine to Raghav. Raghav forgives Veer and asks him not to think of the past.

Raghav goes to meet Sanjana. He asks Sanjana why did she call him so many times, he has no time for her now as he is married. He asks her to understand he is busy in his work. Sanjana taunts Raghav. Raghav wants to give time to his family.

Raghav takes a stand to reply Sanjana. He asks Sanjana to understand not to call him anytime like that. Sanjana gives her sandals to Raghav and asks him to get the sandals heel repaired. Sanjana treats Raghav as a servant. Raghav loved Sanjana before, and feels insulted now. Raghav does not answer back Sanjana. Naina will be securing Raghav from the humiliation from Mehra family.