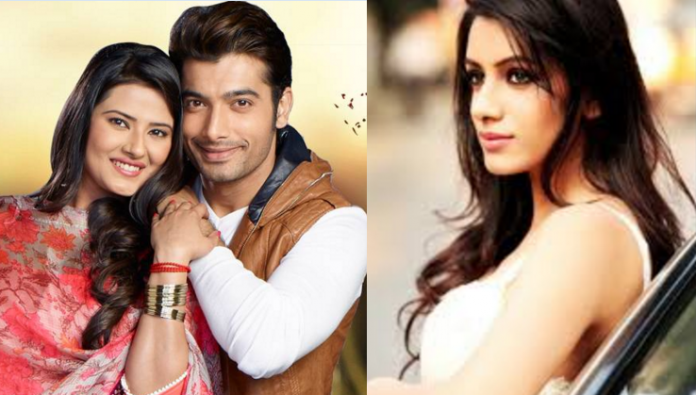 Rishi has taken Sardar ji’s disguise to expose Malaika. Rishi has made an entry in the marriage. Malaika does not know the groom is not Rishi, but someone else. Rishi smiles seeing Malaika’s marriage. Everyone is happy seeing the marriage.

Rano is glad to make Malaika her bahu. Malaika is on cloud nine thinking she has married Rishi by all rituals, and now nothing can happen. Rishi planned to swap the groom, so that he can flop Malaika and Shekhar’s evil plan. Rishi makes her friend sit in the mandap instead him. Rishi cleverly swapped the groom and is happy to get saved from Malaika. After the marriage completes, Shekhar makes an entry and asks Rishi to get ready to go to jail, as he married Malaika without giving divorce to his first wife.

Malaika too played safe and hugs her boyfriend Shekhar in front of everyone. Raj asks Shekhar who is he. Shekhar says I m an old enemy, Malaika and I are together in this plan. Malaika accepts her planning, which shocks Rano. Raj scolds Malaika and Shekhar. Malaika smiles thinking Rishi will go jail now and she will get all property. Rishi comes dancing as Sardar ji and removes his beard to show he is Rishi. Rishi says you both wanted Rishi Bedi to get finished and ruined, but sadly it did not happen.

Malaika and Shekhar get a huge shock. He exposes Malaika’s truth in front of everyone. Ranogets angry and slaps Malaika by giving her long lecture. No one cared for Tanuja while getting Rishi and Malaika married. Rishi’s dual talk was making Tanuja mad. Tanuja does not know Rishi did not marry Malaika. Tanuja sheds tears thinking Rishi and Malaika got married. Tanuja packs her bag and wants to go away. Rishi stops Tanuja from leaving the house. Raj asks Rano to accept Tanuja now. Rano kicks out Malaika from the house. Will Rano unite Rishi and Tanuja? Keep reading.

Raj is making Rishi fool Malaika. Raj, Tanuja and Rishi are doing this marriage drama to expose Malaika. Rishi has given his property to Malaika before marriage, and wants to see if she runs away with the property.

Malaika is very happy and did not expect all this to happen so soon. Malaika and Rishi sign on the papers. Rishi tells Malaika that she is the rightful owner of Bedi property. Malaika will be showing her true colors, and then Rano will know Malaika’s truth.