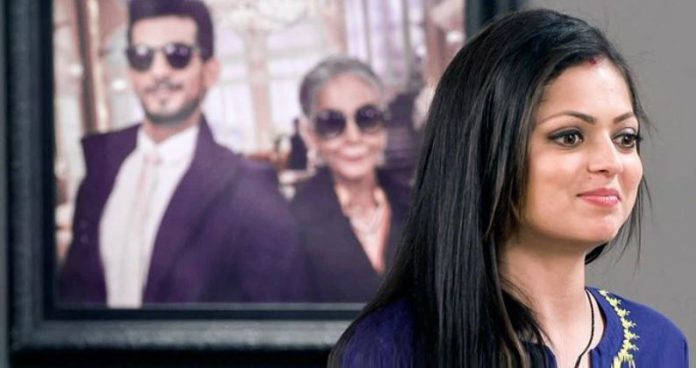 Naina gets mistaken about Ahana. Ahana tells someone who she is ready to pay any amount for what she wants. Naina asks Ahana does rich people buy anything they want, how can she do this. Ahana is a rich businessman. Ahana is looking for something, which will have some mystery. Ahana is emotional and positive girl. She asks Naina to become surrogate mother for her child. She tells Naina that I can’t keep baby in my womb, but I want to have my own child through medical science. Ahana explains her emotions to Naina. Naina gets convinced by Ahana.

Balraj and Veer are troubling Raghav. Raghav went to Khurana to sell his patent and had high hope. He asks Khurana how can he buy patent from Balraj, when it belongs to him. Khurana does not believe Raghav. Raghav is in problem. Balraj has sold his patent to Khurana. Khurana is also not at fault, as he does not know about Raghav making the patent. Raghav says I m saying truth, I have made this patent.

Khurana does not listen to him and kicks him out of the office. Khurana is against Raghav. Raghav feels his time is going bad. This patent is Raghav’s life-long hardwork. He feels he is losing his life’s last chance. Khurana comes to Mehra house and meets Veer. They join hands against Raghav. Veer knows Khurana can help him a lot. Khurana’s visit surprises Veer. On the other hand, Raghav meets Dadi and speaks his heart out to Dadi. Raghav tells Dadi that he has fallen in love with Naina, once she accepts me, then I will give her so much love that world gives our love example to others. He does not have anyone to talk his feelings. Raghav hugs Dadi and is happy to realize his love. Keep reading.