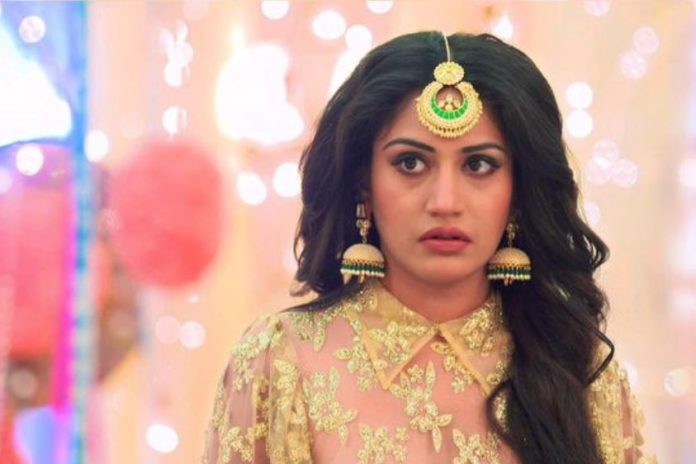 Shivay, Omkara and Rudra dance with Priyanka on Cutiepie song. Its Shivay’s sangeet. OmRu are happy, knowing Shivay will not marry Tia and is upto some plan to secure family. Omkara and Rudra believe in Shivay’s decision and support him. The family dances with them. Anika gets in between.

Shivay collides with Anika and they have a moment. Shivay holds her hand and does not let her go. Anika gets on the verge of discovering her feelings. Shivay does not lose and wants to make Anika accept her feelings. Rumi’s deadly fall brings tension at home. Shivay, Omkara and Rudra make a plan to expose Shwetlana. Shivay asks Omkara to act of marrying Shwetlana. He tells Omkara to go to Shwetlana and tell her that you are ready to marry her. Rudra worries. Shivay asks Rudra to trust him on this. Shivay and Anika will get married again, as Anika will take Tia’s place in mandap once again.

It will be then shown that Omkara and Rudra faked Anika’s memory loss to expose Tia’s true face. Anika finds out that Robin is Dushyant, and he is the father of Tia’s child. Tia’s truth would be coming out right in the mandap, where Pinky will decide to get Anika and Shivay married. On the other hand, Omkara will announce his marriage with Shwetlana, while Gauri makes an entry home. She saves Shwetlana’s life after Shwettlana meets with an accident. Gauri enters Oberoi mansion in disguise. With such big revelation and drama upcoming, one can’t miss to watch. Keep reading.