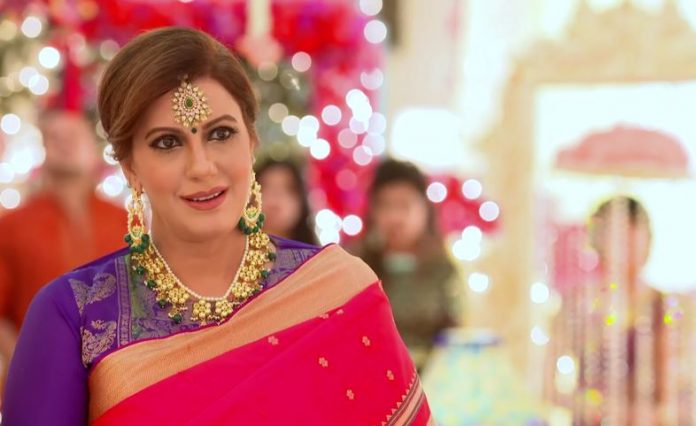 Shivay and Anika reveal to Mrs. Kapoor that Rudra, Omkara and they have made this plan together, and failed Mrs. Kapoor’s evil. Mrs. Kapoor gets angry knowing Shivay was playing a game with her. Dadi gets overjoyed and asks Shivay to explain how this all happened. Shivay tells Dadi about his doubt on Tia after her pregnancy news broke out to them. He tells how Tia leaked Rudra and Soumya’s marriage video in the media. He tells them of the fake fight with Anika. He tells her that everything was fake, and Anika did not get injured. Mrs. Kapoor finds it tough to believe. Anika reveals how she traced Dushyant by getting friendly with Tia. She tells how they kept the drama going on to fool them. Oberois get relieved knowing Shivay has saved them from Kapoor’s plan. Tia apologizes to Shivay and Anika for cheating them.

Tia thanks Anika for uniting her with Dushyant. Pinky can’t believe Tia cheated them, and still feels Anika has scared Tia. Tia admits the truth that she is married to Dushyant. Pinky loves Tia a lot. Tia apologizes to her, for breaking her trust. She tells Pinky that she never loved Shivay and acted to marry him. Anika asks Tia why did they do all this. Tia tells them about the revenge motives, why Mrs. Kapoor planted her in Shivay’s life to take revenge. Tia does not want to spend her life in enmity and revenge. Mrs. Kapoor angrily hurts Tia. Shivay cares for Tia and defends Tia, who is not at fault. He asks Tia and Dushyant to stay happily. Mrs. Kapoor threatens Shivay about Omkara’s truth. Tia stops Mrs. Kapoor from revealing the truth. Shivay tells Mrs. Kapoor that he has got the chip, and now she has nothing to blackmail him.