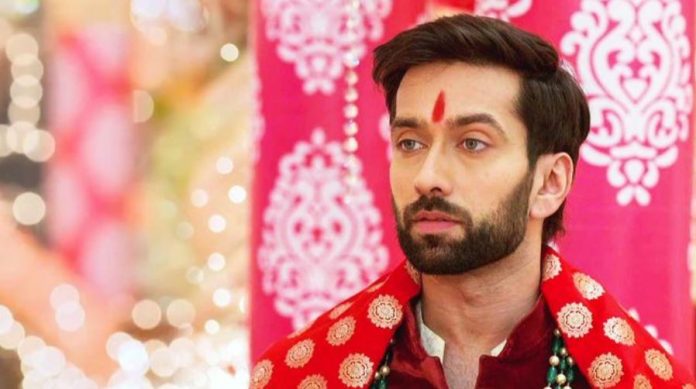 Shivay does not tell Omkara about the video chip. He asks Mrs. Kapoor to just leave before he gets her arrested. Tia apologizes to everyone. Shwetlana stops Tia from revealing their relation. Tia assures Shivay that she will try that her family does not harm them. Shivay wishes her a happy life with Dushyant. Tia feels indebted to Anika. Tia heartily apologizes and thanks Anika for uniting her with Dushyant. Tia asks Shivay to understand the sign of universe, that Shivay and Anika are meant to be together. Dadi is glad that her grandsons and Anika did not let the house shatter. She is happy that Shivay and Anika managed everything.

Shivay and Anika tease each other by their acts. Shivay asks Anika to serve breakfast to her husband first and then have food. Anika tells him that the drama ended now. Shivay and Anika have a moment. Shivay asks Anika was everything a drama, including their emotions. He asks her about her jealousy. He scares her with a knife and reminds her what happened in their drama. He asks her to admit that she got jealous seeing him with Tia. Anika asks him not to start again. She asks him to say first. Anika teases him in same manner, and scares him. They have an intense Ishqbaazi scene.

After Shivay and Anika’s track, Ishqbaaz now shifts its focus on Priyanka’s marriage. Mrs. Kapoor and Tia got exposed, but Shwetlana aims to destroy Oberois. Shivay decides for Priyanka’s marriage, which makes Tej angered. Tej reminds he is Priyanka’s father. He does not want to get Priyanka married to Randhawa. Shivay tells everyone that Randhawa is a nice guy. Tej does not want to accept Randhawa by his social status. Jhanvi stands by Shivay’s decision.

Pinky says Randhawa has put them in trouble. Tej says Shivay is deciding this to humiliate me. Shivay tells them that he is deciding the best for Priyanka. Pinky asks Shivay not to interfere in Priyanka’s life. Shivay asks Priyanka whether she likes Randhawa. Priyanka gives her nod. Shivay invites Randhawa and his mum for dinner. Anika goes to call Priyanka. Priyanka feels nauseous and hides something from Anika. Anika asks Priyanka if she really loves Randhawa. Priyanka relies on Shivay’s decision. Anika asks her to give her unbiased decision. Priyanka gets in dilemma. Jhanvi asks Tej to talk well with Randhawa, for Priyanka’s happiness. Shakti is happy that Shivay thinks for entire family. Pinky worries that Shivay is inviting blames in his side. A guest’s entry gives a shock to Shakti. Tej identifies her and remarks on Shakti’s ex.