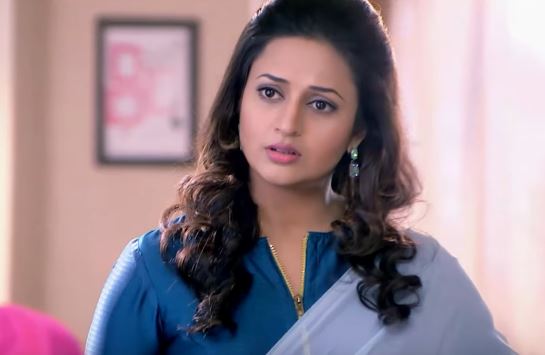 Ishita tries to find Raman’s innocence proof. She thinks of Amma’s words and is upset over the happenings. Adi thinks to talk to Ruhi about the proposal and tells Aaliya that Ruhi will surely consider Bhatia’s son’s alliance. Adi consoles Shravan and reminds the old days. Shravan is angry on Raman who has snatched Vandu from him. Adi asks Shravan to trust him. Shravan argues with Adi. Adi asks Shravan to test his intentions. Shravan asks Adi to handover Raman to police. Adi refuses to do so. Appa makes Adi leave from the house. Iyers break ties with Adi as well.

Ishita meets inspector. He asks her to try to identify the pen clip. Ishita does not identify it. She says its gold clip, it’s very costly, Raman does not use such gold pens. He asks if she is sure. Ishita confirms that it does not belong to Raman. She takes the pen clip’s photo to find out about the murderer. She tells inspector that Raman did not do the accident. Inspector says I will free Raman from this case if he is innocent, else even you would be going jail along with him for hiding his crime.

Meanwhile, Mrs. Bhalla suggests Ishita to send Pihu away for some time, so that she can stay happy in a different environment. Ishita agrees to her. Ishita meets Pihu’s principal to apply the leave. Ishita gets to see the gold pen belonging to some parent. She gets the pen’s details from the lady. She asks the lady to help her and send jeweler’s number. Later on, Ishita meets the jeweler. She books an order for the gold pen. She asks jeweler about people who ordered the pen recently. Jeweler tells Ishita that he did delivery at Mani’s house. Ishita gets a shock knowing Mani’s secretary Tisha ordered this pen. Ishita gets suspicious about Tisha.

Adi meets a client. The client asks Adi about Mr. Iyer. Adi denies to know Appa. He acts rude with the client in anger. Client argues with Adi. Ruhi manages to stop the client and solve the issues. Ruhi asks Adi to talk to elders well. She asks Adi not to get anger out on elders. Adi does not want to hear Ruhi’s lecture. Will Ishita find out Niddhi’s truth? Keep reading.