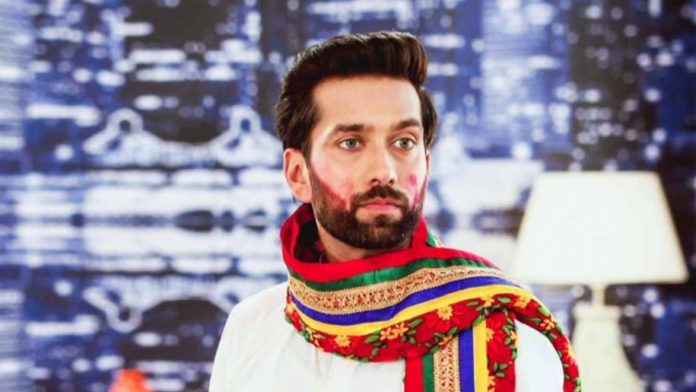 Kamini asks Mahi not to get scared of any interview. She asks him to go back to Oberoi mansion and not run away. Mahi refuses as he is blank about the interview. Kamini insults him. She provokes him to go back and prove himself. Mahi gets hurt by her words. She asks him to take Shivay’s place, else hear the filthy words. Mahi decides to take Shivay’s place. He does not want to return to the hell. He agrees to give the interview.

Soumya is tied up in the secret chamber. She hits the pipes. Anika hears some sound and checks. Mahi comes back to the house by the secret passage. He sees Anika checking the cabinets. Mahi stops Anika. She asks him to come for interview. Mahi acts confident.

Anika tells Shivay that Mahi got a big shock and left. They have a cute moment. Mahi shows the video to Ranveer and doubts Shivay has escaped. Ranveer shows him camera feeds that Shivay is still being captive.

Mahi thinks how did Shivay give interview. He tries to find out how did this happen. Shivay tells Anika that he has looped programmed the camera. Anika calls him smart. He is sure that Mahi will get trapped and he will accept everything soon. Anika is sure Mahi’s plan will fail soon. She praises Shivay. She reminds his anger. He asks her not to mention their past moments. She calls him cute. Shivay gets shy seeing her romancing. He asks her to focus on Mahi. She pities Mahi. He asks Anika not to feel anything for Mahi.

Mahi asks Ranveer about the interview. Ranveer says maybe its an old interview, else Shivay would have got you arrested till now. Mahi does not want Shivay to come back. He thinks to rule as Shivay.

Anika gives coffee and clothes to Shivay. He thanks her. He feels sorry that he can’t roam around in home freely. Anika asks him not to say thanks and sorry. She gets mistaken about Mahi. She then realizes Mahi is in room. She keeps an eye on him. Mahi leaves from the room to avoid her. Shivay comes to room to check a file. He asks for his phone. Anika gets angry on him. Her bracelet gets stuck in his watch. She gets away from him. She threatens to hurt him thinking he is Mahi. He tells her its him and hugs her. She fails to do the drama and gets emotionally hurt. Shivay encourages her to help him in his plan. He asks her not to fall weak. He assures her that he will make Mahi away from home. Mahi plans to make Anika out of room by scolding her. He does not find Anika in room. Shivay takes a step to frame Mahi.