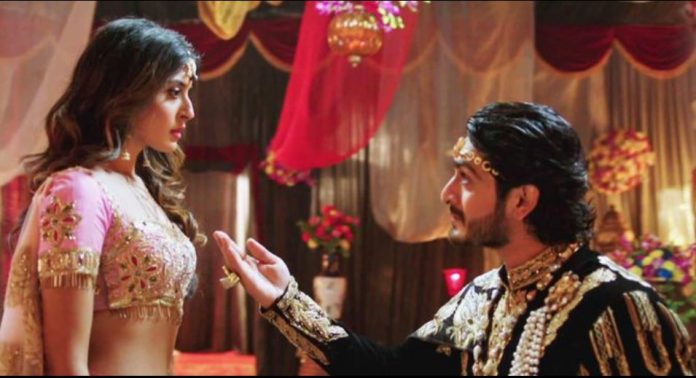 Shivdutt says Virendra has left you, but I will not leave you, I will fulfill my promise, I will always keep you as a Daasi. She feels helpless seeing Virendra losing his breath. She tells Shivdutt that she will better die than giving herself to him. Shivdutt warns her not to do anything. She attacks Shivdutt. She says I won’t get insulted by you, it’s better I kill myself. He tries to kidnap Chandrakanta. She takes the knife to stab herself. Virendra gets up and stops Chandrakanta. He does not let her hurt herself. Virendra and Shivdutt have a fight.