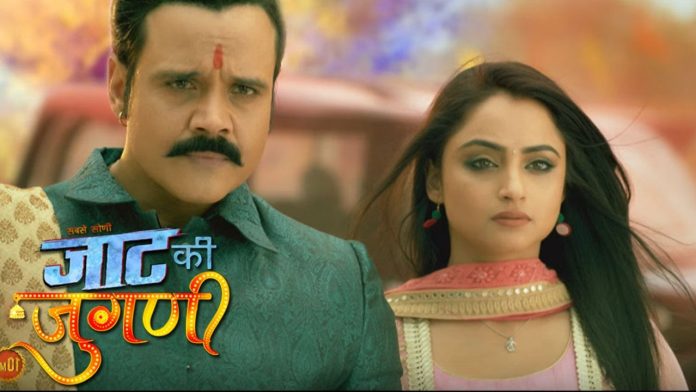 Munni doubts Bittu has killed her Tau ji. She gets Bau ji’s bracelet with Bittu and confronts him. She asks him how did he get this. He tells her that this bracelet is a proof. Bittu gives a proof to Munni. He tells Munni that Bau ji has killed Tau ji, this is the truth, its upto her if she believes this or not. Munni is not able to believe him and asks if he is making any story, he knows what Bau ji means to her. He asks what is she saying, what will he get by making story. He says you are blaming me that I killed Tau ji, why will I kill him, think how did your Bau ji’s bracelet come in Tau ji’s hands.

Munni loves Bau ji a lot and believes him that he can’t do anything wrong. She has a good image of Bau ji. She can’t accept that Bau ji has murdered Tau ji. She tells Bittu that Bau ji is a humble man, he can never do such crime. Bittu asks her to trust him once. Munni always defended her brothers, but whatever happened shatters her belief. She is very upset and can’t bear the shock. She hugs Bittu and sheds tears. She is shattered by getting a proof against Bau ji. Munni will get to the root of the matter and find truth.