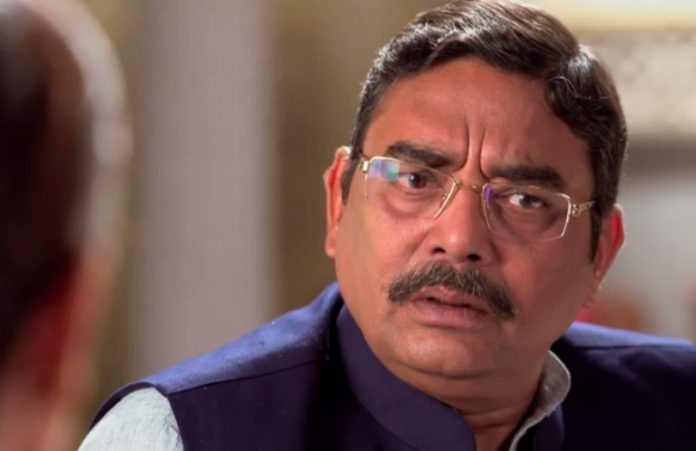 Kailash makes an entry back as the helpless, mad and weak person. Kailash gains Vividha’s sympathy. She sees some people pelting at Kailash outside the temple. She decides to take Kailash home, to do a daughter’s duty, even when Kailash never thought for any of his family member. Vividha’s step to get Kailash home irks Atharv the most. He could not judge her abilities by her decision to get the evil person home. He reminds Vividha how many times Kailash has ruined their happiness. Vividha does not listen to him and sticks to her decision to support Kailash. Kailash’s mad behavior makes everyone believe he has really lost his senses.

Vividha protects him from Atharv’s anger. Atharv doubts that Kailash is acting and just playing his another game to knock down their happiness. He asks Vividha to understand Kailash’s cleverness and hatred for him. Kailash hides his ill feelings while doing the mental drama. Vividha and Atharv start getting differences because of Kailash. Ravish asks them to leave Kailash at any hospital for better care, while Vividha decides to keep him at home and take care of him. Everyone gets against Vividha for her wrong decision. Vividha risks the happiness of the family to do her duty. Will Kailash back stab Vividha and Atharv again? Keep reading.