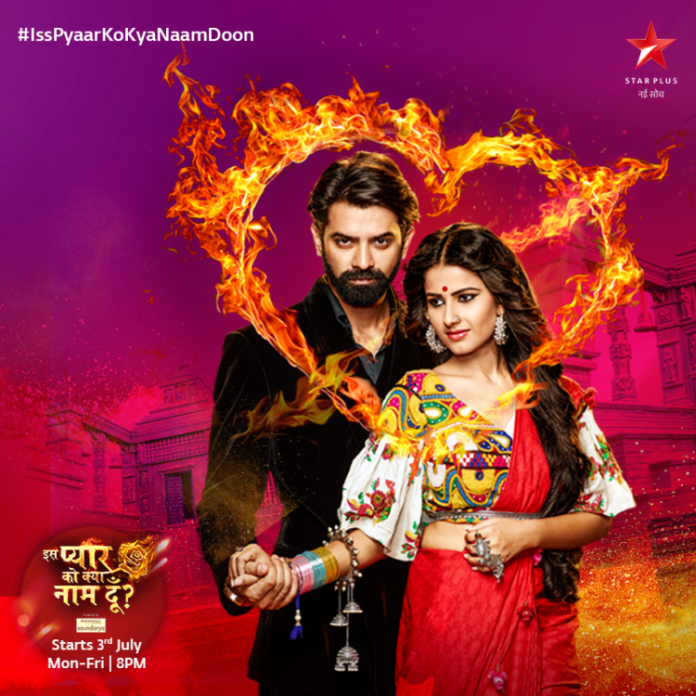 Advay takes a step to defame Chandni. He gets their posters on the streets. Everyone starts talking ill about Chandni. Chandni gets panicking. Advay threatens Chandni of the worse times coming ahead. She does not know why he hates her. Advay feels Chandni can’t do Maha aarti now. Chandni runs on the road and falls down, feeling she can’t face people. She gets late for the Maha aarti. Indrani worries that Chandni’s absence will call a disaster. Chandni fights with her fears, by the sweet memories of her childhood friend.

She gains courage and goes to the temple to do Maha aarti. Chandni comes for the maha Aarti, failing Advay’s plans. Advay was thinking Chandni can’t come out of her house even for a year. He wonders how she got so much courage to come between so many people. Chandni does the Maha aarti and all rituals, which would set things fine for her family. She proceeds to confront Advay for his mean move. Advay is impressed that Chandni has won the game. He remarks on her deceiving evil heart. He gets adamant to break her down, unknown to the fact that he is Chandni’s strength. Chandni gets clueless hearing him. Advay tries to win Chandni’s family’s trust.