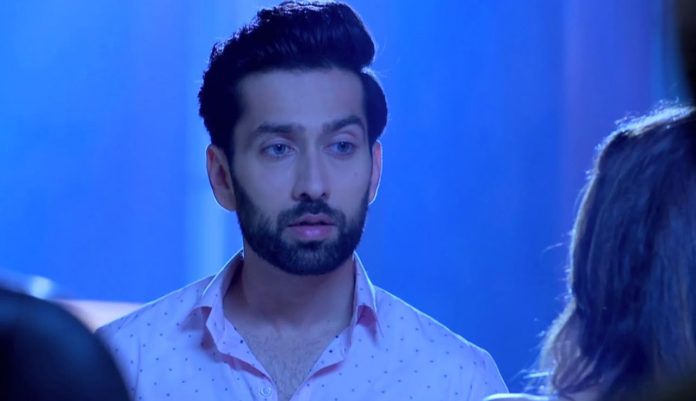 Shivay makes Aloo puri for Anika to know the matter. Rudra leaks the partial truth about Anika stopping them from saying truth to Shivay. Shivay is sure that Anika will tell him everything soon. He finds a way to make Anika speak out the truth. He adds bhaang in her food. He asks her to share things and atleast trust him rather than hiding the matter. Anika asks him to have food along. Shivay expects her to say truth under the effect of bhaang. Shivay too eats the same food. They both have some crazy fun time and dance in such state. After Shivika’s romance, there comes an emotional moment. Shivay asks Anika to tell him why she left him. Anika feels Shivay can’t handle the truth, which is too bitter to accept.

Shivay promises he will deal everything maturely. Anika admits that she has done everything on Pinky’s saying, as Pinky has blackmailed her to hide Shivay’s truth. He gets nervous and asks her the truth. She tells him that he is actually Shakti and Kamini’s illegitimate son and Mahi’s brother. Shivay gets numb for some time. He does not know how to react on such an identity shattering moment. Anika tells him that she could not let him know this truth to stop him from shattering. He realizes she went away from him to hide this truth. He gets into denial mode. He finds it hard to accept that he is illegitimate, such a thing which he used to hate since he got senses. Anika supports him. She tells him that he is still the same for everyone, the birth truth does not matter to family. She does not want his trust on Pinky to break. He asks her how could she get away to save him from pain, even the distance between them gave him much pain. Shivay falls asleep and then forgets everything what Anika said.