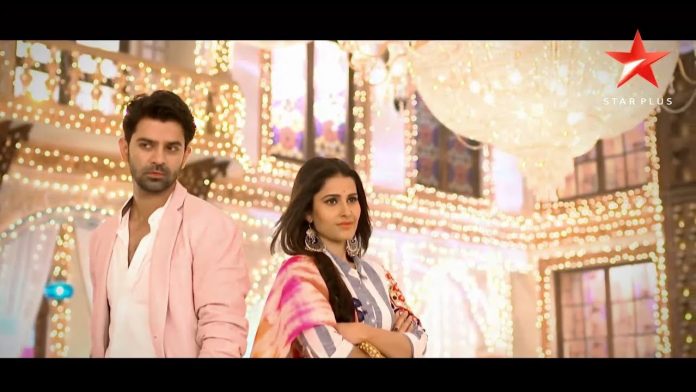 Advay and Chandni get into an argument. He gets mistaken about Chandni and Pratham’s affair. He taunts her on faking simplicity. He calls her shameless to go out with Pratham. She says Pratham is my would be husband. Advay wants to tell her what Pratham tells about her behind her back. Chandni does not listen to him. She says you would be afraid of me. Advay scares her. She angers him saying she has gone with Pratham with her wish and happiness.

Advay tries finding who is Shakun’s secret lover. Shilpa helps him out. Advay realizes Shakun’s lover is Kajal’s husband Rajit. He realizes the family is cheating themselves, they have cheating in their blood. Chandni challenges Advay of exposing his secret. She tells him that she knows everything about him, and his motive for coming here. She shows his fake passports to him. Advay realizes she has gone to his guest house. He gets relieved that Chandni does not know he is Dev. He thinks to turn this game in his favor. She threatens him about police. Indrani asks Chandni to start her new life. She gifts her earrings to Chandni. Chandni gets emotional. Advay tries getting his passports back. Indrani asks Chandni not to let anything wrong happen.