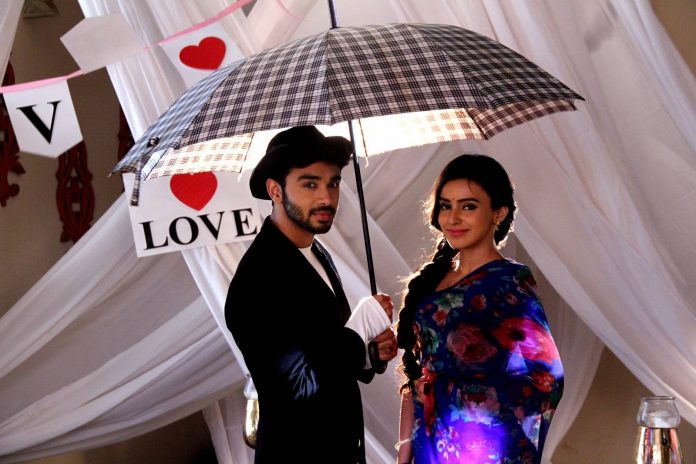 Nirmala learns Saavri’s truth. She gets angry and slaps Saavri. Her patience breaks. Nirmala asks Saavri who the hell are you to do all this in my house. She says I have seen you burning your own clothes, no need to lie now, you and your mum want to make my son pay for my mistake, you are trying to get close to Karan, I will not let you ruin Karan and Naina’s happiness. Saavri is creating situations to get Karan close. Nirmala asks her to stop it and warns her to stay away from Karan. Nirmala understands Saavri’s bad intentions. She says Karan is Naina’s husband, none can snatch Naina’s husband from Naina, not even Karan can decide to get away from Naina. Saavri gets angry and goes to Pushpa.

Sandhya stops Saavri from losing her temper. Saavri tells Pushpa that Nirmala has slapped her. Nirmala and Naina have an emotional moment. Naina removes the shagun bangles. Nirmala asks her not to do this. Naina tells her that she can’t have courage to marry Karan, when Nirmala is unhappy. She tells Nirmala that she knows Sandhya’s secret, and also Saavri’s intentions. She asks Nirmala to answer her how is all this ruining her life. She does not like asking Nirmala, but asks her to share things with her, she is her strength. She asks Nirmala to accept her as daughter and tell her entire truth. Nirmala gets ready to tell her the secret. She makes Naina swear that she will do what she says. She does not want Naina to lose Karan.