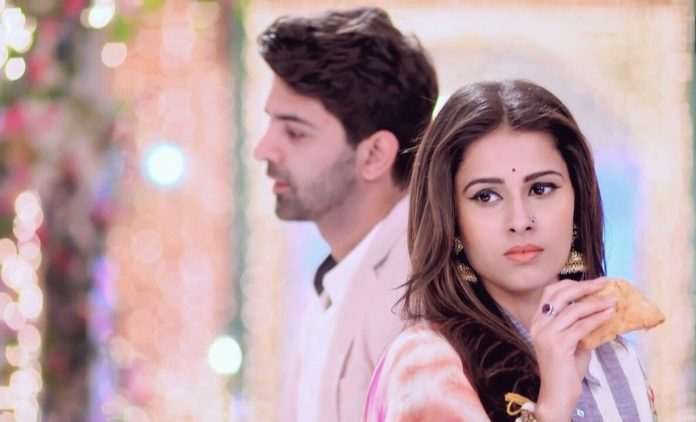 Chandni feels bad when she parts with the baby, who is actually Meghna’s son. She does not want Indrani to get ashamed by Meghna’s mistake. She tells Mama ji that Meghna does not know her son is alive. Chandni wanted to save Meghna, Indrani and baby’s life and lied to the world. She tells Mama ji that her one lie saved everyone. Advay confronts Chandni about the lady. Chandni lies to him. Advay gets too disappointed with her.

Chandni expresses her dislike towards Pratham. She tells Indrani that she loves her a lot, but she can’t marry Pratham. Indrani gets angered on Chandni’s decision. She tells Chandni that this alliance is very important for her, but not over her happiness. She gives her word that she will cancel the alliance. Chandni gets deceived and thanks her. Indrani blackmails Chandni indirectly by calling money lenders home to hurt her. The men hurt Indrani and Chandni. Pratham comes to help Indrani. Chandni gets pressurized to agree to Indrani and marry Pratham.

Advay feels Chandni has abandoned her baby, she doesn’t even deserve his hatred. Chandni tells her decision that she will marry Pratham. Chandni sees bits of Indrani’s hatred for her and sheds tears. Advay comes to a conclusion that Chandni is really bad. Mama ji reveals to Chandni that Indrani doesn’t love her, as Chandni is her step daughter. Chandni has hope that Indrani will heartily accept her one day.