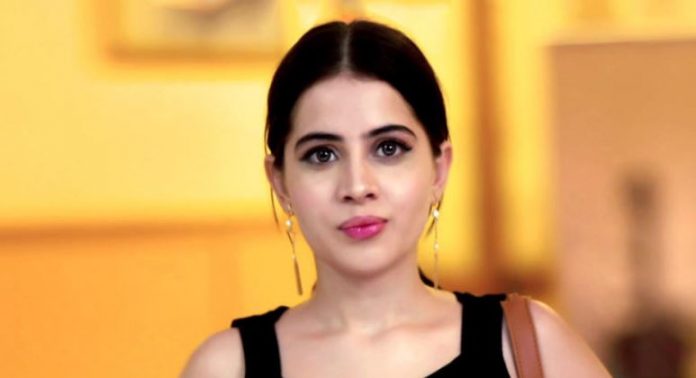 Sanjay does not realize when Aarti proposes him by talking of friendship. Aarti wants to take their friendship to the next level of love. Sanjay gets reminisces Durga on hearing Aarti’s description of love. Sanjay sounds very positive to Aarti and shouts out his reciprocation, which gives a wrong clue to Aarti. Aarti feels Sanjay has given his nod for marriage. She happily thinks of informing Gayatri Devi about Sanjay’s approval for marriage. On the other hand, Gayatri and Neelkant use all their powers to find Rajveer Rana and kill him, so that Aarti’s unfair win truth doesn’t get known to anyone. Neelkant orders his men to get Rana dead or alive. He wants to confirm that Rajveer is out of Durga’s reach. Gayatri, Neelkant, Aarti and Sanjay are unaware of Rajveer staying at Durga’s house.

Sanjay has no idea that Rajveer is alive and is training Durga in her village. Rajveer leaves no stone unturned in reviving the winning passion in Durga. He wants to see the same fire in Durga again. Rajveer conspires to find the culprits who have defamed Durga and ended her career five years back. Meanwhile, Sanjay thinks of confessing his love to Durga. He gets verbal in a musical way. Sanjay confesses love to Durga by singing a romantic song at the college camp. Sam and Aarti have plan to separate them by creating misunderstandings. Will Sam and Aarti succeed? Keep reading.