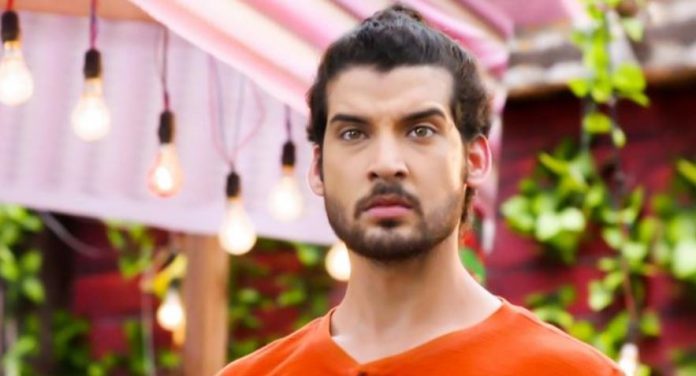 Nanno is sure that Ali is not a coward to run like this, he is in some problem. Aman succeeds to threaten Ali. Ali learns Aman’s true side. Avni tells Nanno that she knows that Ali is innocent. Shweta and Riya frame Ali. Juhi tries to reach Ali. Gurumaa’s man catches her. Gurumaa stops him from hurting Juhi. She scares Juhi. She asks her to see her gift. Juhi gets worried when Gurumaa tortures her. Neela tells Shweta that Avni and Ali are good friends, they both are selfless and wish best for Avni. She is sure that Ali’s innocence will be proved soon. Juhi tells Gurumaa that she didn’t hear anything about Ali. Gurumaa punishes her.

Neil doesn’t want Ali to get hurt on knowing he was doubting him. Neil sends evidence home. Avni doesn’t check it. Riya checks the evidence and changes the pendrive. Juhi tries to help Ali. Juhi feeds food to Ali. She makes some way for Ali’s escape. Ali understands her sign. Juhi doesn’t want anyone else to be trapped by Gurumaa. Bebe asks Neil not to worry and attend aarti, everything will get fine. Neil checks the evidence, and finds it against Avni again. Ali tries to get free. Ali manages to get free of Dayavanti’s clutches. Nanno and Neela doesn’t want to accept that Ali was behind the attack on Neil. Shweta still blames Adi. Riya is sure Avni can never save Ali. Neil doubts on Avni. Avni explains him that she didn’t change any evidence. She feels Neil is regarding Ali wrong. They both get into an argument. Dayavanti makes Ali confess the crimes. Ali’s image gets spoiled in front of everyone. Avni receives Ali’s crime confession video.