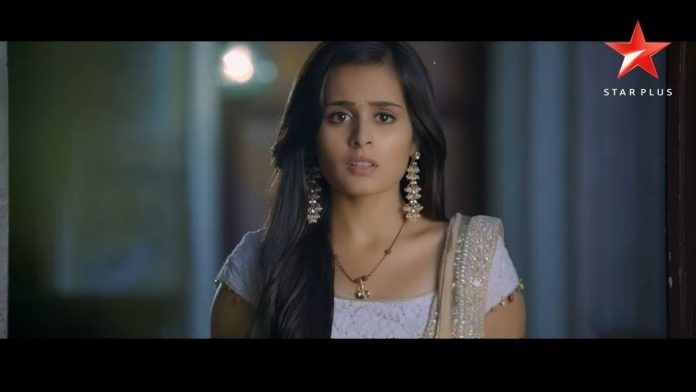 Kanak likes the movie and thanks him for keeping his promise. Uma feels cheated by Kanak for breaking his Dharm. He asks her why did she lie and make him watch a movie. Uma doesn’t get angry on Kanak, but punishes himself for going against his Dharm, which doesn’t permit him for any type of entertainment. Kanak learns Uma is punishing himself for breaking his Dharm. Maasi gets happy that Kanak and Uma’s difference will never fill up. Kanak worries for Uma. She attempts to change her lifestyle and thinking, but fails badly. Kanak feels hurt seeing Uma’s move.

Later, Kanak does all arrangements of a puja and thinks to impress Uma. Maasi says its our mistake to give this responsibility to Kanak, she has placed the things in wrong direction. Kanak shows Suman’s hall ticket for 10th class exams. Suman tries to stop Kanak and gets against her. Suman doesn’t know that Uma already knows that she is giving 10th standard exams. Uma has seen Suman at the school and wanted to know why is she going against them. Suman has Paulmi in her favor, and thinks Kanak will never support her. Uma and Maasi get angry and burn the hall ticket. They don’t allow girls to study after 8th standard. Kanak protests against Uma’s decision. She says Suman should get a chance to study further if she wants, Uma should not be biased between girls and boys. Uma gets angry on Suman’s lie to him. Kanak favors Suman and argues with Uma. Suman sheds tears, after facing Uma’s anger, but she gets surprised when Kanak takes a stand for her.