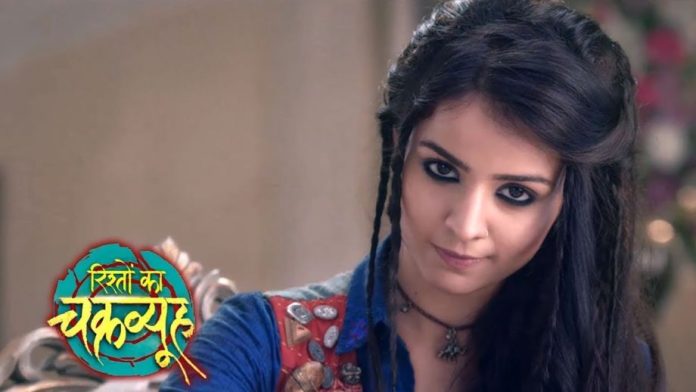 Anami doesn’t leave Lal Mahal after she feels her blood is calling her. Vatsalya’s call makes her bound to fulfill her responsibilities. She returns to Lal Mahal after fighting with her heart and ending her dilemma. Someone misbehaves with Poonam. Anami makes the guy apologize to Poonam, while Kamini opposes Anami’s doings. The guy apologizes for his mistake.

Anami shows her Tsunami avatar. During Durga puja, Anami exposes the NRI’s true face. Kamini questions Anami as she is against Anami. She can’t bear her guest’s insult. She does drama and speaks bad about Anami. She tells Anami that maybe she doesn’t know Poonam’s wrong deed, maybe she has taken the guy to the room, else why will such a rich NRI guy run after a maid. She tells its Poonam’s mistake, its not the guy who is wrong, Anami has this work to just ignite fire at home, she wants a reason to prove Lal Mahal members wrong minded.

Everyone challenges Anami. Anami knows Poonam is innocent. She proves Poonam is right on her front. Anami slaps the guy and makes him accept his mistake in front of the story. Anami asks him to say why did he do all this. Anami becomes Poonam’s voice and helps her out. Anami can’t stand injustice and shows she doesn’t care for anyone right or poor, and just supports the true person. Guru ji and Dadi support Satrupa and want to announce Anami as the next heir. Dada ji doesn’t accept this. He challenges their decision. Anami will be seen celebrating Navratri in Lal Mahal. Anami does Durga puja and dances in the celebrations.