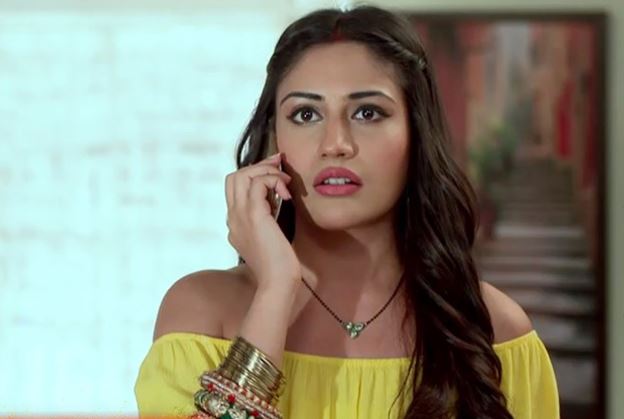 Shivay learns Anika has gone in darkness. He looks for her, knowing Anika is scared of darkness. She puts herself in danger to make him speak up. Anika asks Shivay if he will accept that he knows her now. She asks him to accept their relationship. Shivay melts down his heart and hugs her. He accepts that he was doing a drama. Tania follows him to know where is he. She asks him what is he doing. Shivay hides Anika and fools Tania by his clever answers. Anika plans a meet with Shivay to know the matter completely. She takes help from Khanna. She asks him to divert Tania.

Khanna and Anika fail to trap Tania. Tania gets saved from their plan. Anika thinks of making Tania away from Shivay. She gets the Jamalgota to trouble Tania. Anika gets the drink for Tania. Sahil and Shivay interrupt her, being unaware of her plans. Anika stops them from failing her plan. She lies to Tania and feeds her the drink. Tania gets troubled. She runs away from the room. Anika gets a laugh on seeing the troubled girl. Anika and Shivay have a meet.

On the other hand, Omkara takes Gauri away from home to confront her. Omkara suspects Gauri of having an affair. He takes her to the hotel to show her entry of Arjun and her. He thinks she will admit her mistake on seeing the same room. Omkara doesn’t let Gauri show her surprise. He gives her a gift and asks her to check it. Gauri gets dressed in his gifted clothes. Omkara plans a stunning surprise for her. Omkara romances her, fulfilling her dreams. She gets too happy seeing the unexpected happening. He then acts indifferent and breaks her heart. He confronts her about her affair with Arjun. Gauri gets a big shock seeing bitterness in Omkara’s heart. She doesn’t want to accept any nonsense blames on herself. She asks him to give a chance to clarify. Omkara doesn’t listen anything. He reprimands her. He asks her how could she move on. He forces the accusations on her and orders her to leave from his house. He asks her to live her life with Arjun. Gauri gets shattered.