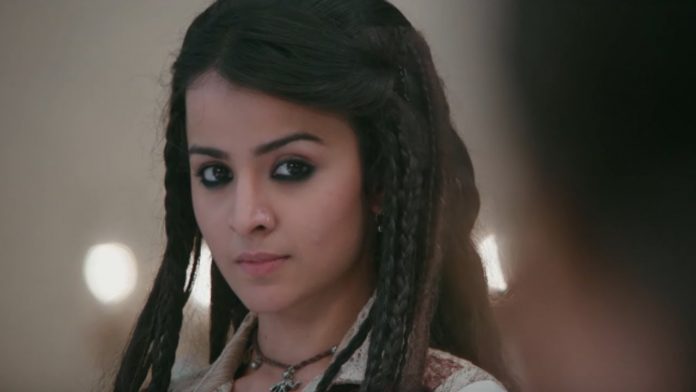 Adhiraj doesn’t put Anami in trouble. She asks him to leave. He gets adamant. She beats him up to make him leave. Adhiraj hangs to her balcony. She kicks out Adhiraj. Dadi tells Satrupa that she does yoga as Anami does, as Anami is inspiring him these days. Dadi and Satrupa have a talk as they both want to secure their only heir Anami. Dadi tells about the danger on Anami’s head.

The college students group plan to teach Anami a lesson in the chemical lab. They fool Anami. Avdhoot gets informed that Anami will not return home. Pujan has also sent a goon after her. Pujan wants to get the results met. He tells Avdhoot that he has taken the step to ensure his son becomes the heir. Anami falls in the trap. She gets fainting by the chemical smoke. Her life falls in danger. Adhiraj reaches the college to pick Tania. Tania tries to know about Anami. She doesn’t get to see Anami in college. Anami fails to manage to leave from the lab. She falls unconscious, while Pujan’s goon reach to kidnap her.