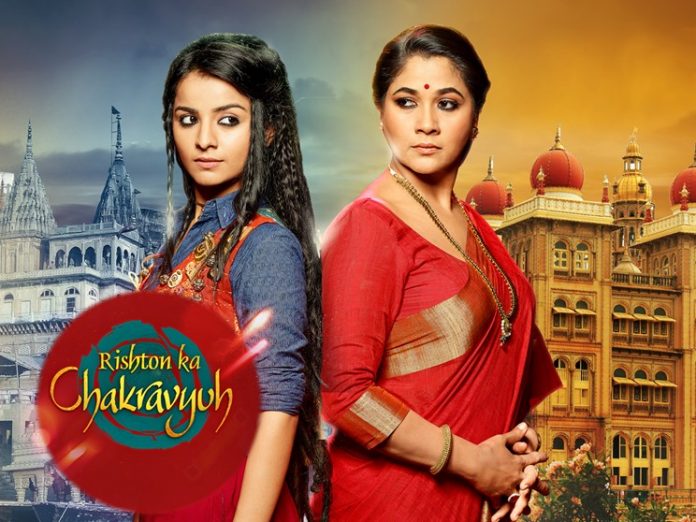 Anami comforts her younger brother by a calming story. She fills courage in her. She tries to end his fear and asks him to take care. Adhiraj takes a step to secure Anami. He doesn’t want his friend to die like Vatsalya. He knows there are many enemies around. Satrupa blackmails Anami and tries to make her accept her ways to secure her. Adhiraj tries to know from Anami if she recalled anything about the incident. Anami doesn’t know anything. Tania tells Adhiraj about the students who ragged Anami.

Dheeru gets prepared to go Lal Mahal. Tania wishes him all the best. Dheeru recalls the old memories. On visit to Lal Mahal, Dheeru reminisces the past. Adhiraj interrogates the students to know about the attack on Anami. Dada ji welcomes Dheeru in the meeting. Dheeru gives some solutions to save Royal Steels.

He informs them about workers strike. He gets into an argument with Satrupa. They have different opinions. Adhiraj meets Satrupa and gets a shocking news. He tells about the court’s review on Anami’s attack, that the court will get her custody back. He asks Satrupa not to repeat her mistake as she has already lost Vatsalya. Satrupa is confident that she will save Anami. Adhiraj questions Satrupa why she failed to save her son. He explains her the consequences. Adhiraj asks Anami to have protection. Anami refuses to take his help. Satrupa tries to make Anami realize her responsibilities.