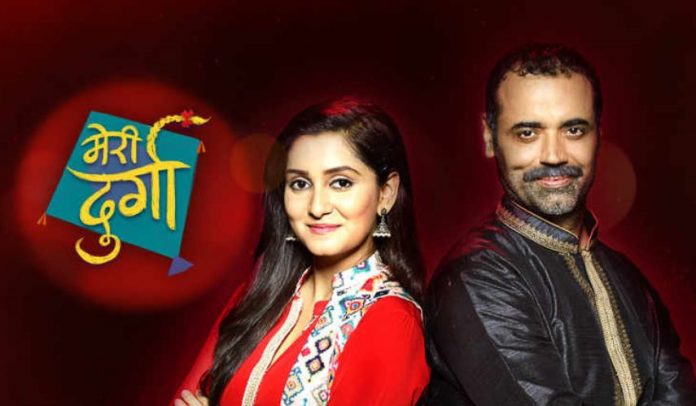 Durga prepares for her race. Annapurna, Yashpal and Sanjay pray her victory. Sanjay bets his life on Durga’s victory. Durga is sure to win the risky race. The media covers her daring act. Sanjay hides his identity. He takes a disguise and drives the truck. Everyone gets anxious to know the result of the race. Gayatri is sure the driver will kill Durga, as she has bribed him. Yashpal tries to secure Durga. Neelkant informs the driver was attacked by someone. Neelkant tells Gayatri about Sanjay driving the truck. She fears for Sanjay’s life.

Durga reaches the point of the race where she is about to meet her death. Annapurna and family doesn’t want Durga to lose her life in the race. Durga succeeds in the dangerous race. She gets saved. Sanjay and Yashpal also get a new life along with her. Everyone celebrates her victory. Durga happens to get her family’s lost respect back. The villagers believe in her talent. The family sheds tears for misunderstanding Durga. Brij also forgives Durga. Sanjay gets happy with Durga’s victory. He stays away from her. Everyone acknowledges Durga as the real champion. Sanjay feels proud of Durga. He gets sad to leave from her life. Durga’s family gets united again. They all get happiness back by her victory.