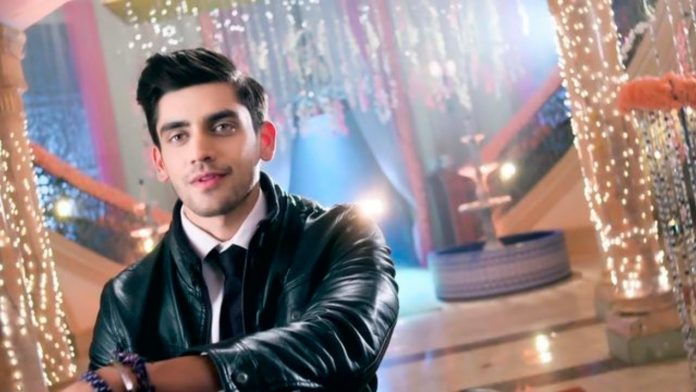 Anika reveals her identity when Shivay falls in trouble. Shivay gets happy seeing his wife with him. Anika teaches the lesson to the goon. She tells Shivay that she is just of him. She proves her love. The goon tells them that he will kill them. He tries to find the dentures having the diamonds hidden in it. He tells them that the flight won’t land. Shivay doesn’t want Anika to call problems. Anika argues with him. She asks him why did he come after elders. Shivay accepts his mistake to end the argument. Anika asks him to argue with her more. Anika dances and makes the goon distracted. Anika and Bhavya take charge of the situation and catch the goon. They get things in control.

Gauri rejects Ajay’s proposal. She tells him that he can force her for marriage, but he can’t force her to love him. She tells she just loves her husband, she worships him. Ajay makes the marriage cancelled because of Gauri’s decision. Gauri gets in tension for her friend’s marriage and future. Rudra and Shivay catch the smuggler. Shivay threatens to give him to police. Rudra gets stupid and stops Shivay to tell him that the gun has no bullets. Rudra’s foolishness makes them fall in trouble again. Gauri tells her friend that she will get a good life partner. Her friend tells about her pregnancy. Gauri gets under pressure when her friend decides to commit suicide.

Gauri thinks of meeting Ajay. Omkara follows her. He asks Gauri to do what she feels right. The elders try to fool Dadi and know about the evidence. Tej tries to get the tapes. They find the evidence and try to destroy it to end their problems at once. Abhay keeps an eye on them. He doesn’t want to lose the tapes. He aims to ruin the Oberois. Ajay proposes Gauri in front of everyone. Gauri accepts his proposal to save her friend’s life. Omkara gets disheartened by her decision. Abhay tries to get out of the trunk. He gets locked up inside. Oberois burn the evidence to secure themselves. Pinky gets suspicious about the trunk. Abhay runs away. Pinky tells everyone about someone present in the trunk. Abhay manages to save the evidence. He wants Oberois to pay for their crimes.