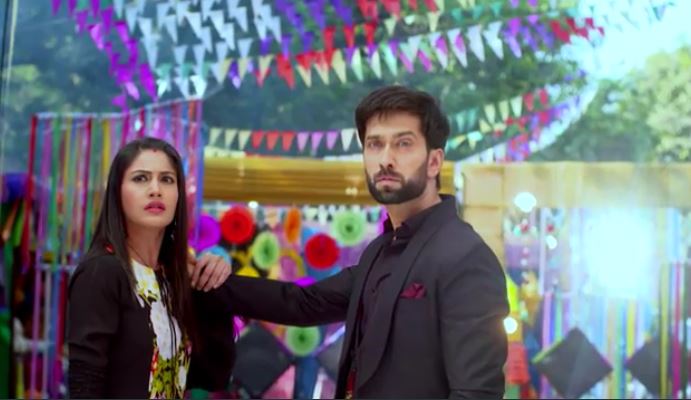 Shivay and Anika’s flight crashes. They jump down the plane, wearing parachutes. They get injured. Shivay and Anika go lost in the jungle. Anika gets much injured and falls unconscious. Shivay hugs Anika and shouts for her. He tries much to get her conscious. Shivay then makes her fine by confessing love. He shouts I love you Anika, I always wanted to tell you, but you didn’t let me say this. He shouts for help. He fears to lose her. He gets scared by the thought. His three magical words get her back to life. Shivay’s tears fall on her face. Shivay emotionally breaks down and hugs her.

Rudra gets hurt and can’t walk on his feet. Bhavya helps him and asks him not to get his ego in between at this time. Rudra cries like a kid. Bhavya tells him to deal with every tough situation in a mature way. Rudra feels Bhavya is right, as worrying won’t help. Bhavya helps him.

Shivay and Anika try to find the way out of the jungle. They starts arguing. He asks her what was the need for her to follow him. Anika tells him that he knows she loves him, and can’t see him going towards danger. She tells its her right to be with him in tough problems. Shivay knows Anika has a habit to invite problems. He tells her that he can’t lose her. She asks him what did he say when she got unconscious. He denies his confession. He says I also got hurt on my head and forgot what I said. Shivay worries for Rudra and Bhavya, who were on the same flight. They spend the night in the jungle. Shivay and Anika have a romantic moment.