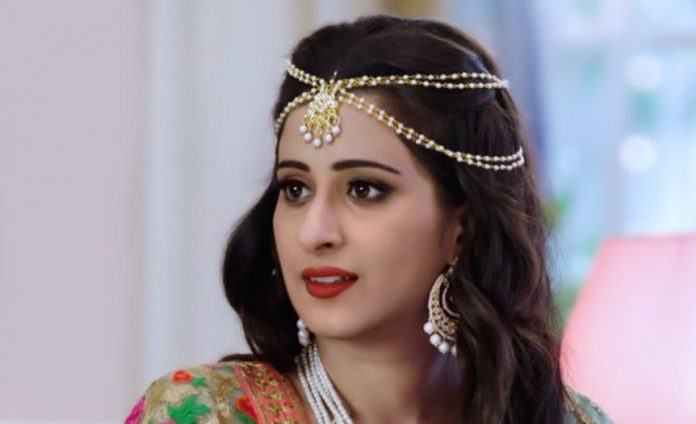 Tarun wants to marry Saloni, but is stopped by his dad, who wants Saloni to sign an agreement that she will never ask for any property share. Tarun’s dad doesn’t believe Laila, who is a gold digger. Tarun gets helpless when Saloni waits for the mehendi from his family side. He doesn’t know what to answer her. Saloni gets worried and tells Ahana that she is pregnant. Ahana angrily goes to confront Tarun about the delay. Tarun reveals to her that his dad is forcing him to get an agreement signed by Saloni, but he doesn’t have courage to ask Saloni for it, feeling that will ashame his love.

Ahana trusts Tarun. She informs Saloni about Tarun’s problem. Saloni tells Ahana that she is ready to sign the agreement as she has to marry Tarun. Saloni is not interested in his property and just wants to marry him. Ahana supports Saloni in her decision. Laila opposes Saloni, on knowing about the agreement, as she is much interested in Tarun’s property and status. Laila declares the marriage cancellation, breaking Saloni’s heart. Laila gets greedy for money and doesn’t care for Saloni.

Laila then admits to her friend that she is trying to enter Anant’s life and marry him so that she can get his wealth. Laila finds a chance when she sees Tarun’s love for Saloni. She takes money from Tarun to allow the marriage. She then lets Saloni sign the agreement and take the marriage proceedings ahead. Ahana sees Laila’s deal with Tarun and gets angered. She decides to teach a lesson to Laila. What will Ahana do against Laila? Keep reading.