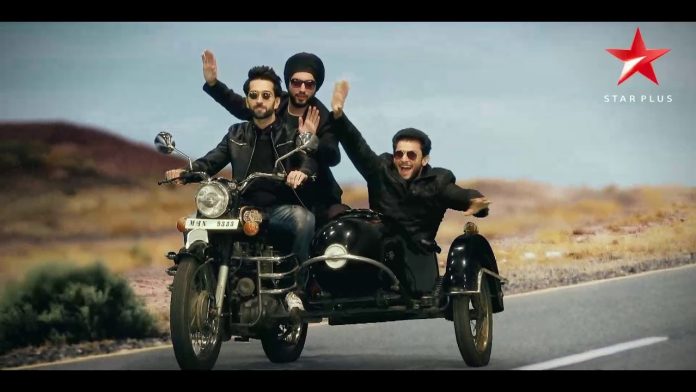 Bhavya and Rudra’s tiff continues. She doesn’t accept his apology. Rudra tries many things to convince her. He feels guilty of his bad behavior. Rudra forces his apology on Bhavya. She gets more upset with him.

Shivay tries to convince Anika. He tells her that lovers don’t get old by heart, love always keeps people young at heart. He gets sweet to explain her that his love for her will never fade. He tells her that they will always fight and love each other, no matter how old they get. He tells she will always remain the most pretty woman for him. She doesn’t believe him. He tells her that their love will get stronger with time. Shivay tells he is waiting for their old days, which will be more merry. Anika apologizes to him for misunderstanding. They unite.

Gauri reveals to Omkara that she is marrying Ajay just for her friend’s sake. Omkara learns her helplessness. Ajay doesn’t want to keep the marriage with Gauri. He wants to betray her. He hides his intentions from everyone. Ajay threatens Gauri for marriage. Shivay asks Omkara to take a step to stop the marriage. Omkara gets depressed. Anika asks him to confess his love to Gauri. Omkara doesn’t want to hurt Gauri. Anika decides to talk to Gauri herself, even if Omkara wants to witness the marriage. Anika’s wig falls off. Ajay gets suspicious about Oberois. He demands to know their truth. Obros reveal their real identity and motives. Omkara tells Ajay that they have come to get Gauri back. They all get together and face Ajay.