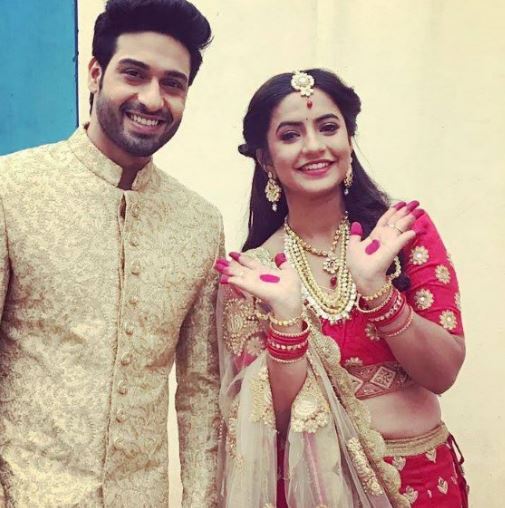 Imli reveals to Bhaiya ji that Ranjana killed Manohar. Bhaiya ji rages in anger. He then learns Ranjana’s plans to expose him and Imli. Suraj and Chakor manage to collect more evidence against Ranvijay. Bhaiya ji informs Imli what is Ranjana plotting. Imli finds a way to deal with Ranjana. She scares Ranjana that Bhaiya ji learnt her truth and wants to kill her. She asks Ranjana to run for her life if she wants to save herself. She suggests her to leave from Aazaadgunj. Chakor calls up Imli and tells her the happenings in Ranvijay’s house. She tells Imli that Ranvijay is planning to kill Suraj. She also informs that very soon she will be returning to Aazaadgunj along with Suraj. Imli gets a huge shock knowing this.

During the engagement ceremony, Preeti and Kavya hide the engagement rings, to expose Ranvijay’s truth. They try to instigate his anger. Suraj and Chakor perform in the engagement function. Suraj stays in disguise. Ranvijay learns Chakor and Suraj’s plan to expose him in front of everyone. He gets alert.

Suraj has recorded Ranvijay’s evil. He connects the phone to the tv to play the video and show everyone Ranvijay’s truth. The video doesn’t play, which shocks Suraj. Ranvijay catches Suraj. He sends off all the guests. Chakor wants to fight with Ranvijay and win. She tries to save Suraj from mad Ranvijay. Suraj gets beaten up by Ranvijay. Chakor comes in front of unconscious Suraj and gets shot by Ranvijay. Suraj gets a huge shock on seeing Chakor in a wounded state. Chakor gives a big sacrifice for her love.