Kaal Bhairav Rahasya: Namrata gets the camera for Rahul. Rahul checks the video of Indra’s death in the temple. He fails to get to know any clue. Rahul follows Gauri and gets to see her going to a secret temple for making prayers to Kaal Bhairav for the welfare of people. Rahul believes Gauri is a good person at heart. Indra’s friend Manoj holds a strong evidence. He tries to sell the real video for money. He goes to Pujari ji’s house at night. Manoj takes Minty for village celebrations. He sends Minty home, while he goes to the temple. Minty follows Manoj and gets locked inside the temple. Manoj manages to leave before time. Minty’s life falls in danger. 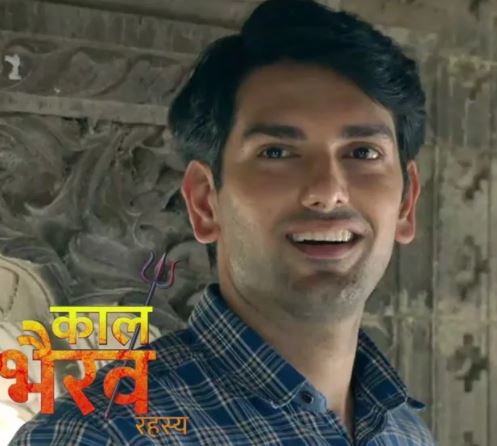 Yeh Rishta Kya Kehlata Hai: Aryan learns the shocking truth that he is Suwarna’s son, whom she has abandoned to be a dutiful mother for Kartik. He gets heartbroken. He gets revengeful against Kartik. Aryan has always longed for Suwarna. He thinks Kartik has never accepted Suwarna as his mother, even when she has always been a dutiful and loving mother for him, which she should have been towards her own son. Aryan pledges to take revenge from Kartik, who has snatched his mum. Aryan plans Kartik’s accident.

Udaan: Bhaiya ji gets angry when his plan fails. He can’t tolerate Chakor’s return. Chakor and Suraj have fun time on the way home, while Imli gets jitters thinking of her dreams shattering. Imli vows to knock off Chakor from her way. Suraj worries thinking of Chakor’s hidden enemy residing in Aazaadgunj. He wants Chakor and their child to be fine. He decides to nab the culprit and secure Chakor. Suraj tries to take the lift. Chakor feels nausea and refuses to take lift from any junk van. Imli sends her goons to kill Chakor, but Suraj saves Chakor in nick of time.

Ashok informs Ishita that Simmi is giving wrong medication to Raman, which is costing him a lot. Raman gets suffering mentally and falls in depression, along with the memory loss effects. Ashok asks Ishita to go back in the family to stop Simmi. Ishita confronts Simmi for hurting Raman in such a way, by making him forget the relations and family, who meant him the world. Simmi admits her evil doings. She tells Ishita that she is doing this to take revenge from her. Ishita challenges Simmi to do anything, but she will not let Simmi succeed in hurting Raman and family.

Sasural Simar Ka: Anjali had dressed up as Mata ji to get the safe keys from Roshni. Anjali has trapped Roshni. Mata ji blames Roshni for stealing the jewelry. Roshni tries to find the culprit behind this conspiracy. She recollects the things, how she handed over the keys to Mata ji. She runs to explain herself to Mata ji. She doubts on Anjali. She meets Anjali and warns her that she will keep an eye on her. Roshni loses the keys again. Anjali has taken revenge from Roshni, who was trying to expose her when she was turning Sanjana mad. Anjali says you were becoming an ideal bahu, see how I snatch the house responsibilities from you. She says Roshni has lost, I have got all the jewelry and none can doubt on me. Anjali has played the entire game to make Roshni fall in everyone’s sight. Pari creates a drama again. She argues with Mata ji and Simar over trusting Roshni.

Kakimaa worries for Jia, who has risked her life by going back to Nisha. She fears Samar and Nisha can catch Jia. Jia tries to help Babasa and take him home to Kakimaa and Chini. Arjun dresses up as Aditya. He comes there to manage Babasa. Jia hides from Arjun, who is keen to do anything to win Nisha’s trust. Nisha shouts for help, getting scared by Jhanvi’s ghost. Jia succeeds to drive Nisha crazy by the thought of Jhanvi’s return. Nisha tells Jhanvi that even if she came back, she won’t be spared. Jia threatens Nisha of dire consequences.

Parth calls the police to get Teni arrested. He tells the family that he will not leave Shorvori’s culprit. The family tries to explain Parth to at least think of his child in Teni’s womb. They all believe Teni. Parth says my Shorvori didn’t die in an accident, Teni has killed her for her greedy motives. Teni gets hurt and falls. Parth asks her not to do this drama, as nothing can save her now. Teni tells him that he has gone mad to think such a wrong thing. Parth tells her that Teni loves the luxuries and money, she is greedy to stay in this rich house. Teni can’t tolerate his bad blames. Parth vents out anger on Teni.

Naina gets scolding by her teacher. She gets beating. Naina’s dad and Sameer are also there. Principal feels Naina’s reason genuine. He saves her and feels proud that she is a part of the school. He tells them the reason why Naina couldn’t go for the competition, she didn’t mean to spoil the school’s name. Naina gets proved innocent. Her dad feels proud of her.

Sudha makes Satrupa jealous by placing Baldev and her photo in cupboard. She then hands over the photo to Satrupa. Satrupa feels Anami should get love from the family, so that she heartily accepts them. Satrupa suffers from neck sprain. Anami heals her pain, which reminds Satrupa of Vatsalya, who was a doting son. Satrupa finds Anami and Narottam in Vatsalya’s room. She doesn’t want Narottam to be with Anami, but permits him to make Anami feel that they are not Narottam’s enemy. Satrupa plans to get Narottam on her side. She starts behaving good with him. Pujan thinks Sudha has troubled him by getting him bitten by the ants. He plans to trouble Sudha. Pujan and Avdhoot lay the trap, but Kamini gets hurt by mistake.