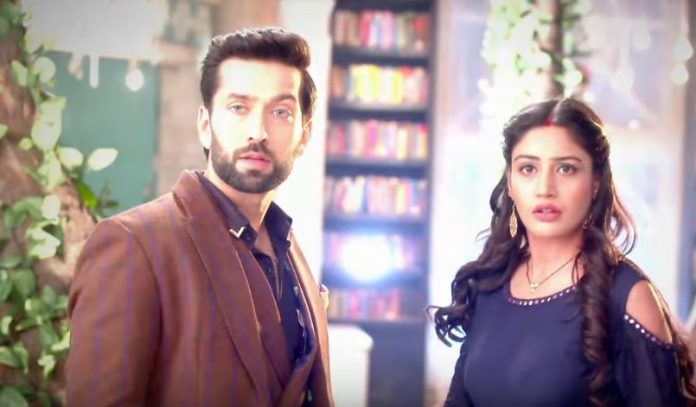 The Oberois have divided the house. Dadi can’t tolerate the house division, which happens because of a minor issue. Pinky hates Tej and Jhanvi even more. She can’t imagine living in the house without Shivay. Gauri and Omkara try to manage house and office. Pinky throws out her anger around. Dadi doesn’t know the future of the family. Dadi asks Omkara to call Shivay back. Meanwhile, Shivay and Anika realize a bus hijack. They try to rescue the school kids. Shivay attempts to stop the bus. Anika tries to save Shivay from the accident. The bus goes out of control and reaches the end of the cliff.

Shivay boards the bus to save the school kids and Anika, who were held hostage by the kidnappers. Anika and Shivay vacate the bus and send the kids safely. Anika tells Shivay that she will not go alone.

They saved the kids, but got trapped in the swinging bus. Shivay asks her not to be mad and get down the bus. Anika tells him that she will face death, but not separation from him. He tells her that this is not the time to prove her love. He asks her to listen to him, they both can die any moment, the bus can fall down the cliff. He worries when the bus slips more low. He commands her to get down the bus. Shivay sees her adamancy and agrees to leave the bus together. The bus slips more, while Shivay and Anika make a timely escape.