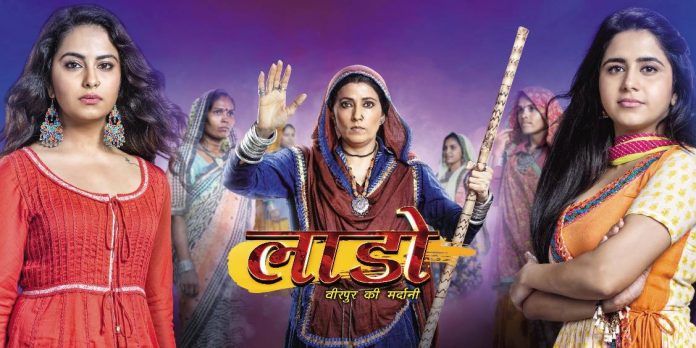 Anushka goes back to Veerpur. She has to expose Jhanvi’s culprits. She gets all the evidence. She faces a fatal attack, when the bus she boarded blasts. Yuvraaj reaches the location and learns about the bus blast. He madly looks for Anushka. He fears that he has lost Anushka. Yuvraaj looks for her everywhere. Amma ji learns about the blast and reaches there to find Anushka. They don’t know that Anushka got saved. Anushka got down the bus at the same time when the bus blasted. Amma ji doubts on Yuvraaj. She thinks just Yuvraaj knew about Anushka’s plans, and he has done this to kill her. Anushka meets Amma ji and hugs her. Amma ji breaks down seeing her. Anushka consoles Amma ji.

Amma ji targets Rantej at the club. She finds him dancing with some girls. Amma ji points the gun at Rantej and threatens to kill him. Rantej asks him to get away if she wants to be alive. Amma ji wants to punish him for Jhanvi’s murder. Anushka and Amma ji have different mindsets. Anushka wants justice for Jhanvi, while Amma ji wants revenge from the evil doers. Anushka joins Yuvraaj in her new journey. She stood against Amma ji’s perception till now. Time brings Anushka to the same place. Anushka takes Amma ji’s avatar and dons same characteristics to punish the culprits. Anushka decides to rule over Veerpur by any means to fulfill her motives.