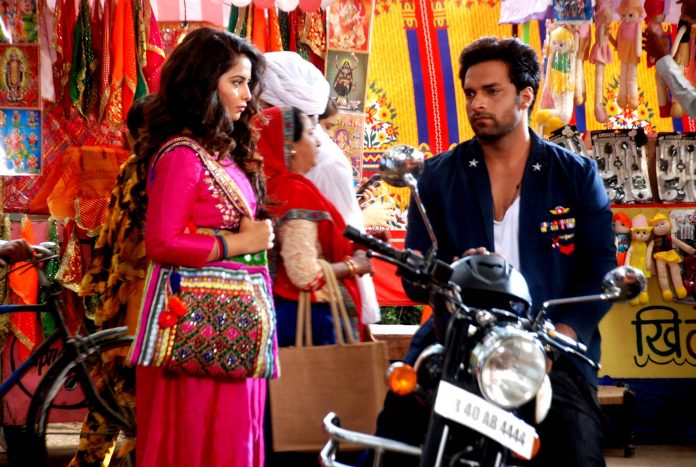 Anushka tells Amma ji that she has lost her sister because of Amma ji, but she can’t lose love. Anushka decides to marry Yuvraaj, without thinking if he can be trusted. She has no idea about his family. Anushka and Yuvraaj get set to marry. Anushka and Yuvraaj get married, as Amma ji was fearing. Amma ji is trying everything to stop Anushka. She is ready to go against Anushka. She has sent the goons to kidnap Anushka and reveal that Yuvraaj has planned her kidnapping. Anushka haas much faith in Yuvraaj. Amma ji witnesses their marriage. Amma ji tells Anushka that she doesn’t know she is ruining her life. Yuvraaj and Anushka’s bidaai happens. He takes Anushka home. He tells her Amma ji’s truth and instigates her against Amma ji.

She feels sad that Amma ji has done wrong with her. She is happy that she has married Yuvraaj and is going to his home. She is upset that Amma ji’s love was fake. She feels much hurt and gets thinking of Amma ji. Yuvraaj supports her a lot.

He tries to cheer her up. He tells her that he loved her and wanted to marry her. She tells him that she loves Amma ji a lot, she is missing her. She gets emotional and asks him not to leave her ever. There will be a big twist. Yuvraaj wants to hurt Anushka and make her repent for her decision. Yuvraaj marries her only to abandon her. He tells Anushka that its marriage for her, but just a revenge from Amma ji for him. Anushka’s grahpravesh turns shocking, as she gets tortured by him. Anushka gets much heartbroken when she sees Yuvraaj’s true face. He tells her that he lost his family because of Amma ji, she has killed his family. Anushka is not able to explain Yuvraaj. She sheds tears seeing his rudeness. Anushka will be taking Amma ji’s avatar to settle scores with Yuvraaj and his family. Will her marriage decision prove to be right? Keep reading.