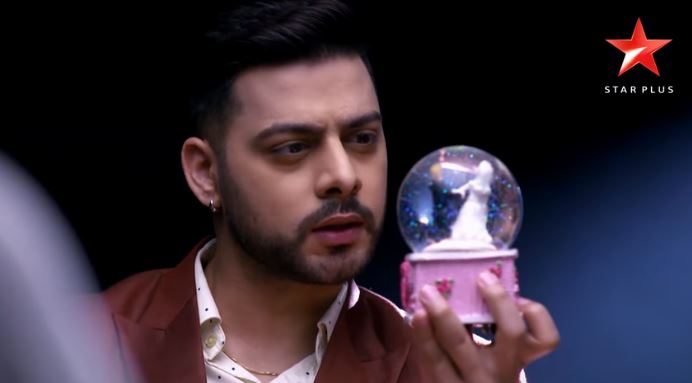 Vidyut gets obsessed with Avni. He gets numerous pictures of her. He gives a surprise to Neil by showing him his room filled with Avni’s pictures. He asks how did you like my room. Neil asks him to stop his nonsense. He realizes Vidyut’s obsession. He finds Avni’s painting and fills color in it, like adding sindoor. He scolds Vidyut. Vidyut wanted to know about Neo. He questions Neil about Neo. Neil gets raging when he sees Vidyut making Avni’s sensuous painting. He tells Vidyut that Avni is still his wife, its good that he wants to dream, but person should dream what he can achieve. He asks Vidyut not to dream about Avni again, as he can never succeed. Vidyut is determined to win Avni. He learns about the Christmas celebrations happening. He makes a plan to reach Avni.

Neil sends a pretty saree for Avni, by gifting everyone for Christmas. Neil and Avni have a romantic dance in the Christmas party organized in the prison. The Chor-police romance is the new highlight of the show.

Neil wants to make Avni realize his love. He dedicates the special song to Avni. A Santa arrives. Santa dances closely with Avni. Neil senses Avni is feeling uncomfortable. Avni tries to leave, but Santa doesn’t let her go. Vidyut has come in Santa’s disguise. Neil makes the Santa away. He then learns its wicked Vidyut. He worries that Vidyut has reached Avni even when she is in jail. He thinks to tighten the security and do anything to keep Vidyut away. Will Neil succeed in securing his love? Keep reading.