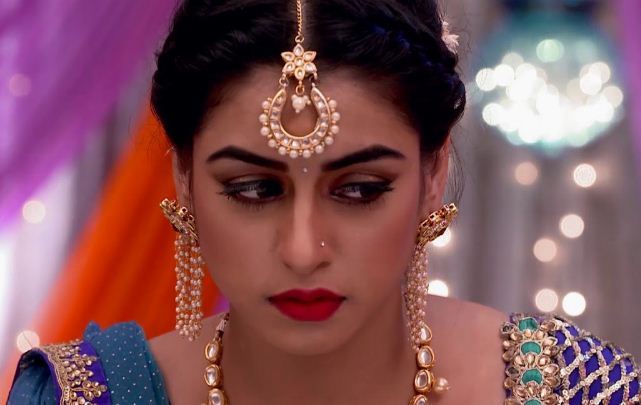 Tejaswini gets troubled by Preeti again. She finds rats chasing her. She saves herself from tumbling down the stairs. She gets scared and runs to her room, where someone locks her and leaks a poisonous gas inside. Tejaswini knocks the door. She asks for help. Preeti doesn’t want Prem and Tejaswini’s child to come in the world. She tries to kill Tejaswini. Prem comes to her rescue. Prem breaks inside the door and finds Tejaswini unconscious. He takes Tejaswini for aid. Preeti worries that Tejaswini got saved and her truth may come out.

Meanwhile, Tejaswini awaits the DNA test reports, so that she can assure Prem that she is bearing his child. Tejaswini’s DNA report proves her wrong. Prem accuses her to be characterless. He believes she has an affair with Rajveer. His trust gets breaking. He gets much angry on her. He tells Tejaswini that his mum got insulted by the society because of her. He asks Tejaswini to leave from the house. Tejaswini gets much hurt. She agrees to leave the house, as she believes whatever is happening is not Prem’s fault. She thinks to find the culprit behind the wrong reports. She wants to prove herself innocent. She understands Prem and family’s reactions are right as per the bad situation. Prem will know the truth soon.