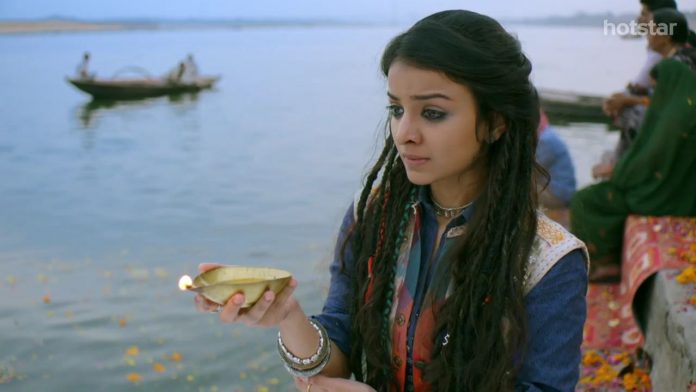 Satrupa tells Anami about Lakshya’s stay in guest house. She reveals that it was her decision to keep Lakshya safe. She expresses her emotions which went out of her hands. She tells Anami that she has done everything to keep Anami closer. Anami asks her not to tag her crimes with her love. She scolds Satrupa for falling so low. Anami asks Satrupa not to call herself a mother again, as she has just insulted this word always. Satrupa asks her to understand her emotions. She asks Anami why did she reject her love always, why did she not drop her anger. She blames Anami for pushing her to take this step. She accepts her mistake to abandon Anami. She doesn’t want to lose Anami. She tells Anami that even she is hurt by her behavior.

Anami asks her if she would come to Banaras to get her daughter back, if her son was alive. Satrupa’s silence breaks down Anami. Both Satrupa and Anami get heartbroken. Dadi reaches Satrupa to console her sorrow. Adhiraj comes to meet Anami and finds her shattered.