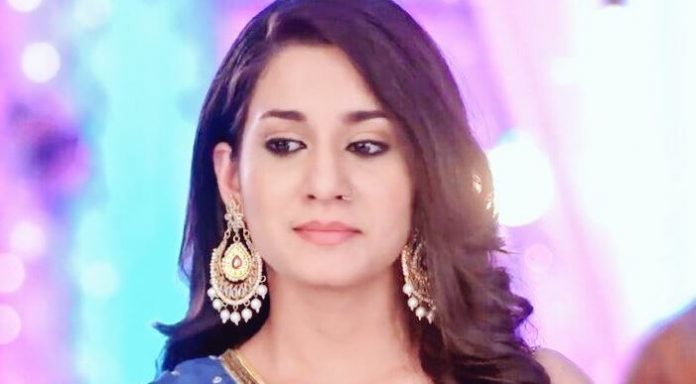 Neela meets Avni and tells her that she is going abroad for business work. Avni thinks of her plans to escape. Neela asks her to have belief in Devi Maa. Avni tells Neela that she will help herself. Neela asks her to promise that she won’t take a wrong step. Avni lies to her. Neela prays that Neil proves Avni’s innocence and sets everything fine. She wants Neil and Avni to have a normal life. Avni thinks of breaking the concrete wall in order to achieve her freedom. Monica senses Avni’s planning. She spreads the news about Avni’s fleeing.

Vidyut asks Monica to fail Avni’s planning and then she can achieve her freedom. Monica wants to get Neil in her life. Jailer gets informed about Avni. Jailer passes the news to Neil, who gets worried for Avni’s next wrong move. Monica manipulates Avni and Sunehri. Sunehri gets trapped. She thinks Avni has framed her. She gets revengeful. Avni hides her main plan from everyone. Neil decides to interrogate Avni.

Sunehri gets angry that Avni is planning to run and got her way clear. Monica succeeds in alerting Neil. Neil scolds Avni for framing Sunehri. He puts more charges on her. She tells him that she didn’t kill Juhi. She blames him for not believing her and breaking his promise to protect her. She asks Neil did he do a husband’s duty by punishing her. He asks her not to make anyone else pay for her mistake. He wants to limit Avni from hurting anyone. She asks him to first find out, who has killed Juhi. She confronts him for failing to help her. Neil and Avni have an argument. She tells him that she can never forgive him for what he did. Neil turns bitter to hurt her heart. He tells her that she isn’t innocent. He confronts her for stealing the blueprint. He asks her to leave her dreams of breaking the prison. Neil cages Avni back.