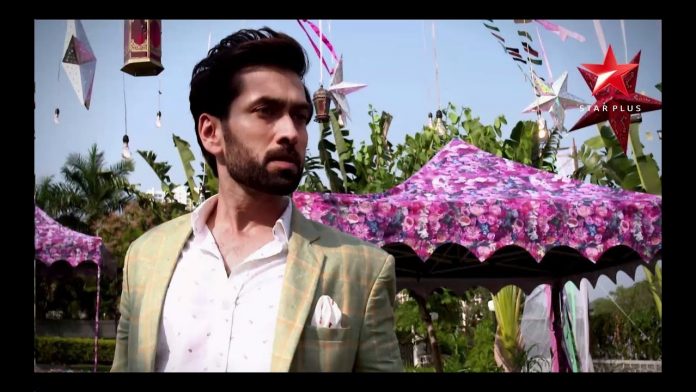 Shivay and Anika try to begin a perfect day. Veer’s wife scares Anika again. She ignites fire in water. While Anika gets panicking, Komal shows her worse side to her. Anika seeks help from Shivay. She fails to prove anything to him. Veer wants Shivay to lose faith in Anika. He does all the impossible things to prove Anika mad. Anika tells Shivay that she has really seen that woman, she is failing to prove her words. She cries out her pain. She tells Shivay that they should leave from here. Shivay consoles her. He assures her that everything will get fine.

Shivay finds her weeping in fear. She feels sorry that she is spoiling every day of Shivay’s life. She tells him that she is not able to figure out the problem, how will they solve it now. He encourages her. He tells her that he will sort out everything in his style. Shivay gets worries in mind. He thinks if Anika is troubled by someone, as everything started after coming to Goa. He feels something is abnormal, but its hard to find clues. He thinks of checking the bicycle knob room.

Shivay checks the room. Komal, who is hiding inside the room, gets worried. Shivay turns into a spy. He decides to reach to the roots of the matter and find out the culprit. Veer meets Anika and cheers her up. She tells him about the incidents happening with her. He shows her faith in her and tries to win her heart. Anika tells Veer that she is not able to prove her words, which is worrying Shivay so much. Veer gets glad that Shivay’s patience is breaking down. Shivay checks the bathroom well. He finds out a clue and realizes Anika is right. He tries to gather clues. Tej shares his success with Jhanvi and Tia. He tells them that he will conquer the business world once again. Pinky rebukes his business move. She gets against Tej. Gauri feels bad seeing the clashes in the family.