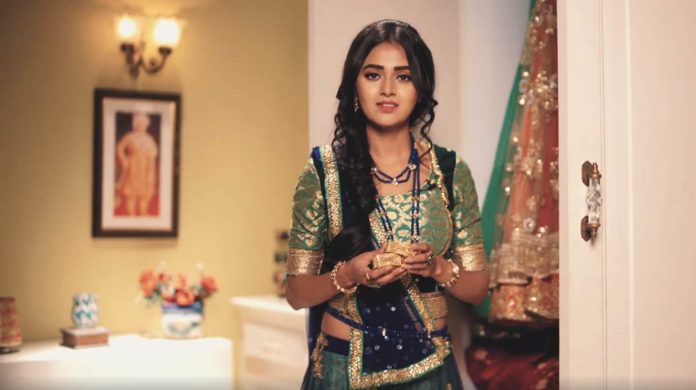 Diya starts her master plan to divide and rule. She started troubling the family, so that they break and fall apart. She provides them jail type food to them. She is doing the same things with them to make them realize their mistake. The family refuses to have dry rotis. Diya forces them to accept what’s given by her.

Diya points the gun at Ratan. She has failed the family. Diya threatens the family into doing what she wants. The family does aarti of Diya Baisa. Chote Thakur sings the aarti. He is scared after Diya made him dance for long hours. He wants to impress Diya, so that they get some place in Kesar Mahal. Diya sits on the throne. She vents out anger on the family. She asks who has gone against me, who has trapped me and made me fall in Ratan’s eyes. Ratan gets angry seeing her hurting his family. He asks Diya to get out, as he can’t bear to see her face. Diya asks him to know that she is permitting him to stand in front of him, she can make him out any time she wants, he has to tolerate her. She points a gun at him and sends Ratan out. Guard takes Ratan out. Ratan finds it very shocking.