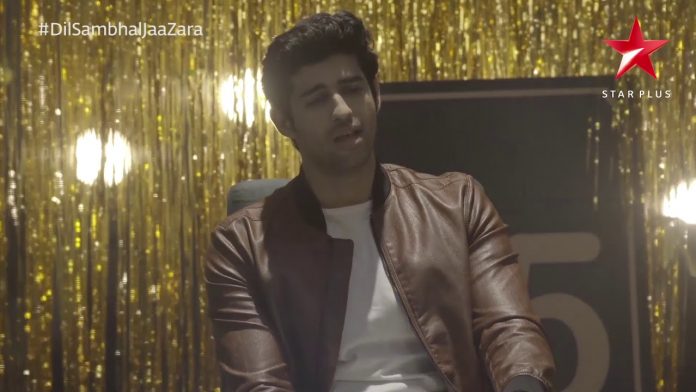 Rehaan really repents for spoiling Ahana and Anant’s relationship. He sticks by Ahana’s side and takes care of her. Ahana and Rehaan talk about Saloni. She thanks him for all his concern. Ahana gets sorrowful over her terms with Anant spoiling with time. Karan gets upset with Roshni for hiding about Laila’s accident from Anant. He tells her that hatred shouldn’t blind a person so much that a person forgets right and wrong. He asks her where is the Roshni he knew. He asks her to think about Laila’s life. Roshni feels sorry. He tells her that now when she has realized her mistake, they should see Laila at the hospital.

Karan takes Roshni to the hospital. Ahana tries to bond with Anant, while their relationship turns meaningless for him. Anant tries to avoid Ahana, though he fulfills his duty towards Ahana’s family. Ahana gets worried for Laila, knowing her survival chances are low. Ahana regrets for always hurting Laila. Doctor tells Ahana and Saloni about their mum’s depression. Ahana tells the doctor that she has no idea about Laila’s medical history. Anant realizes the bad terms between Ahana and Laila.

Ahana asks Anant to always be with her, as he gives her peace and courage. Anant tells her that he has paid all the medical expenses and Laila will soon recover. Ahana thanks Anant. Anant makes a work excuse and goes. Rehaan asks Roshni why did she not inform Anant about Laila’s accident. He reprimands her for her big mistake. Roshni apologizes to him. Rehaan tells her that she shouldn’t hate Ahana. Roshni tells Rehaan that she really worries for Anant, but Ahana has no concern for Laila. She tells him that Ahana is not a good daughter like her. Rehaan asks her to leave if she has a problem with Ahana. Roshni tells him that she has come to tell him the truth.

Rehaan asks her to share the truth if she is really confident. He tells Roshni that she is getting blind by her anger and ego. Roshni vents out anger on Ahana. She gets insulting Ahana. Rehaan asks Roshni to turn into their lovely Roshni once again and make her life simple. Gupta gets happy on knowing about Laila’s critical state. Saloni gets against her in-laws. She hates Gupta for snatching her peace. Ahana gets to see Laila’s lover. The man blames her for hurting Laila till now. He tells Ahana that she did a big mistake by judging Laila wrong. He tries to tell her the truth behind his relationship with Laila. Ahana refuses to know anything about Laila. Anant looks after Ahana’s needs and expenses. Roshni’s behavior upsets Rehaan and Karan.