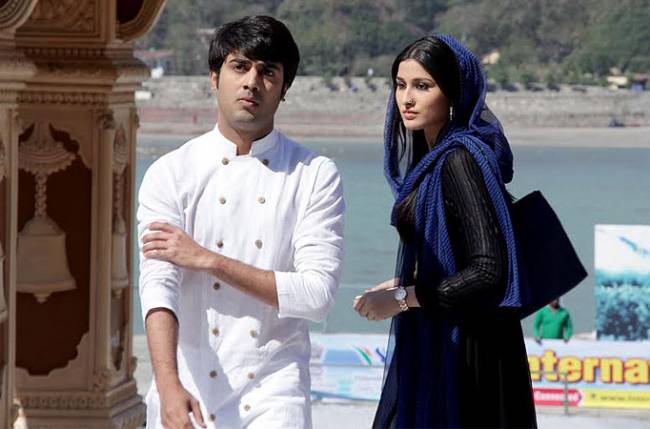 Naren hurts Pooja’s heart. Pooja gets crying when she finds Naren and Naina closer. Naren intentionally hurts Pooja by his rude behavior. Pooja is trying much to convince him. Naren turns over romantic in front of the family, but acts cold when they are in their private space. He has divided the room as well. Harish keeps a havan at home. He senses the problems between Naren and Pooja, and wants everything to get fine. Pooja is afraid that Guru ji can learn the truth. They don’t want their relationship problems to get known. Naren takes blessings from Guru ji. Guru ji kicks Naren when he touches the feet. Guru ji can expose Naren’s truth.

Guru ji has come home after many years and everyone believes him a lot. Guru ji observes the differences between Naren and Pooja. Naren and Pooja do a Shanti puja. Pooja does havan and makes prayers. Fire spreads out when Naren angrily puts much ghee in havan kund. Guru ji’s clothes catch fire. Naren gets shocked and tries to control the fire. The family keeps the troubling people away from the puja, even then Naren’s bitterness creates a hurdle. There happens a big drama. The Shanti puja gets incomplete. Guru ji calls it a big abshagun. Naren takes care of Guru ji, while Pooja attempts to keep Naren away.