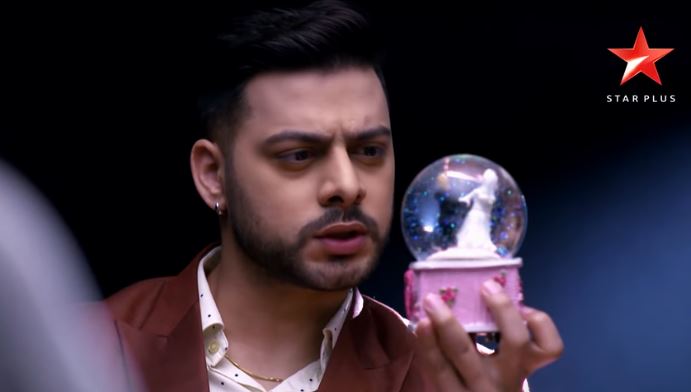 Neil compliments Avni and impresses her. He passes the test and earns marks. Bebe falls in the kitchen. Avni helps out Bebe and falls too. Bebe asks her to go and clean her spoiled clothes. Neil blocks Avni’s way and romances her. They reminisce their old moments, while creating new memories. Neil’s love makes her cry with happiness. He tells her that he doesn’t want to see tears in her eyes. They have an emotional moment. Shweta asks Neil to stay away from Avni, till he wins the tasks and proves his heart. Bebe asks Shweta to relieve Neil from the tasks and let the lovers be together.

Shweta asks Avni to make the tasks tougher for Neil, so that he can get tested well. Neil surprises Avni with an emotional gift. Shweta tells Neil that his percentage is not upto the mark. Neil gives a final touch to get his victory. He gifts Avni the mangalsutra and sindoor, which he has snatched from her before.

He tells Avni that he belongs to her, and just she has a right on him. He apologizes for his mistakes done earlier. Avni forgives him. His emotional speech makes him take away the glory. Neil and Avni fulfill the essential rituals of marriage. He makes her wear the mangalsutra back. Neil fills sindoor in her hairline with a promise that no one can between their love. The family get glad by their unity.

DD suspects Vidyut is up to something. He reaches Vidyut’s house to know about him. Vidyut attacks DD and constable to get an easy escape. Vidyut vows to destroy Neil’s happiness and life. He makes a plan to enter Neil’s house. Bebe introduces her friend’s son Rocky. She tells them that she wants to capture their happiness in pictures. She tells them that Avni’s return should get memorable for them.