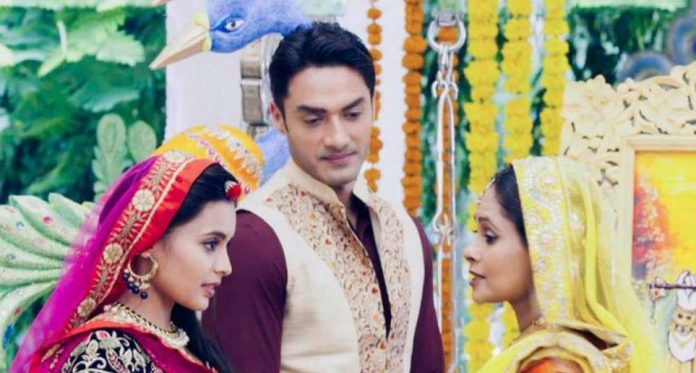 Uma and Kanak track down Maasi’s location. They learn Maasi’s real avatar and world. Uma gets too depressed to know Maasi’s teachings and affection were fake. He feels cheated by Maasi. Kanak tells Uma that they have to expose Maasi’s plans if they have to prove his innocent. She encourages him to fight against the evil Maasi, so that no one can separate them ever. Rani helps Kanak and Uma in their search. Uma didn’t expect Maasi to stoop so low. Kanak asks him not to lose his temper, that can make him commit a mistake.

Maasi presents her true side. She runs a big empire by using Uma’s medicines. She tells the media about men and women’s equality in 21st century. Uma finds her shallow personality disturbing. Aditya feels proud of her mother, while Uma feels ashamed seeing Maasi consume wine.

Maasi gets insulting a woman. She wants a rich bride for her son. Maasi’s true face hurts Uma’s sentiments. Uma tells Kanak what Maasi taught him. He hates himself for adapting a bad teaching from Maasi and lagging behind in his life. He regrets to stay illiterate and under confident. Kanak asks her not to get upset. He gets regretting to believe Maasi by being so foolish. Kanak cheers up Uma by reminding him their old moments. Aditya asks Maasi to do something of Paulmi. He doesn’t want police to know that Paulmi is alive. Maasi plans a plastic surgery for Paulmi.