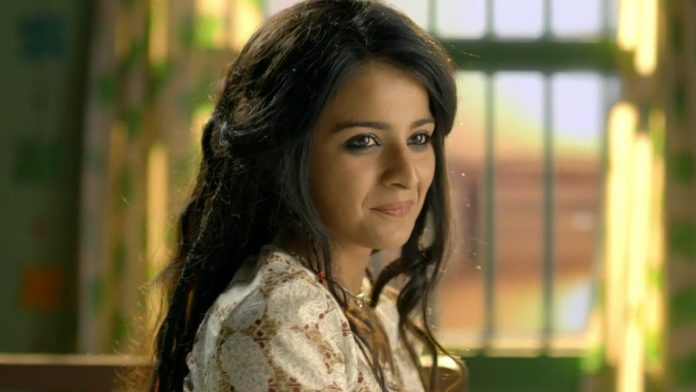 Adhiraj deals with the rejection in love. He doesn’t share his sorrow with anyone. On the other hand, Anami tries to rethink on her decision. She shares the matter with Poonam. She questions Poonam over true love. They have a talk, which makes Anami think if she has any feelings for Adhiraj. Poonam asks her to accept Adhiraj’s love. Anami doesn’t think she should hurry. She thinks of Adhiraj, who might have taken her words in wrong sense and felt bad. Anami calls him up to apologize. Anami fixes a meeting to make him understand her stand.

Anami meets Adhiraj at the cafe. They both feel awkward. Anami tries hard to explain her feelings to him. She asks him not to change and not let their friendship change. She explains her dilemma. She apologizes to him. Adhiraj tells her that he will always be her friend, no matter love grows in their relation or not. Anami gets happy to find him happy and smiling. The girls at the cafe make fun of Anami’s getup and hairdo. Anami feels hurt. Adhiraj tells Anami that she is unique and she shouldn’t become part of the crowd by following stupid comments.

Satrupa and Dadi decide to give scholarship to educate some needy students. They plan to celebrate Anami and Vatsalya’s birthdays together. They hold Vatsalya’s memories in heart. Meanwhile, Sudha finds Narottam shivering in fever. Sudha rushes to get an aid for him. Satrupa helps Narottam. Sudha doesn’t take it as a favor. She chooses to stay back in Lal Mahal to look after Narottam till he gets better. Sudha disobeys Satrupa’s command.

Some kids play cricket and hit a flower pot, which happens to have the phone. The phone gets dumped in the junk. Sudha has no idea that she has lost the evidence to blackmail Satrupa.