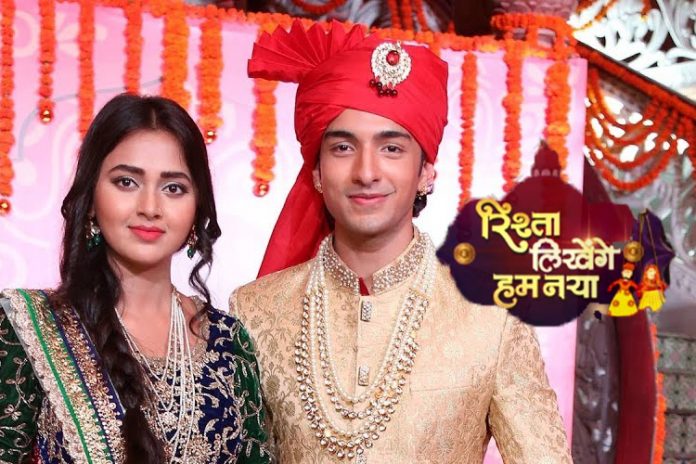 Diya and Ratan’s first rasoi rasam gets a twist. Sakshi spoils the sweet dish. Ratan learns about Sakshi’s move. He changes the sweet dish and makes Diya get all the praises. He saves Diya from wrong plannings of Sakshi. He ends Diya’s worries. Ratan and Yash help out Diya. Ratan compliments Diya for her cooking skills. He then gifts her a necklace as token of love. Diya gets grateful to him. Diya fulfills Ratan’s wish to make an Italian dish. They have a moment. They deal with their awkwardness. Diya is trying to change him into a mature person.

The family plans a honeymoon trip for Ratan and Diya. Ratan worries for Diya’s multiple heavy bags. She gets over prepared. He gets embarrassed by her. He asks her will she take the entire city along to Singapore, or is she going to settle there. He asks her if she is taking things to sell abroad. He refuses to lift her bags. He gets shouting on her. Diya asks him to stop shouting. She says you are just wasting time and getting attention from others.

She tells him that she can manage her things on her own. She justifies herself over keeping each and every useful thing. She says I have carried all my necessary things, what if we don’t get anything we need instantly. Ratan tells her that they are not going to any jungle, that they have to carry necessities. Ratan and Diya’s arguments continue. He comments on her older age. She calls him irresponsible. He tells her that he has married her to keep her respect and she is so ungrateful. She asks him if she has begged him to marry her, no one has told him to marry, but it was his own decision. She asks him not to pester her. He tells her that he has read his dad’s letter and known his last wish. He says my dad wanted me to marry you, I have just kept his promise, else I had no interest in you. They argue and go ahead to board the flight.