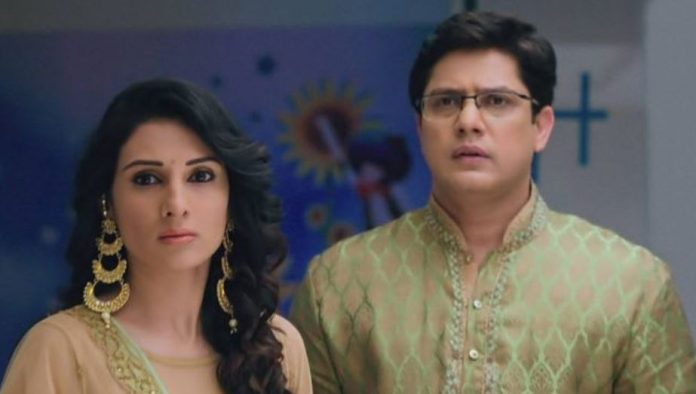 Naira feels awkward when Dadi blames Naitik of having an affair. Naira doesn’t believe it. She tells Dadi that its just a misunderstanding. She asks Naitik to clear the air. Naitik and Priyanka get questioned. Naitik tells Dadi that she is wrong. Priyanka tells them that its nothing like they are thinking, its just a misconception. Naira believes her and asks her not to clarify further. Dadi gets a chance to insult Naira over her dad’s affair. Naira learns Kartik already knew this matter and didn’t tell her. She gets upset with him. She feels this day could have been avoided if he shared the matter with her. Naira can’t hear a word against Naitik.

Dadi asks Priyanka to reveal the entire matter. Priyanka maintains silence. She tells them that just Naitik will tell everything. Dadi tells them that its confirmed that Naitik and Priyanka have an affair. She spreads the news with surety.

Naira and Kartik have an argument over hiding the matter with each other. Kartik tells her that he didn’t wish her to get hurt. Naira asks him why did he not tell her everything, he could have explained her and saved her from this sorrow. She feels he didn’t give her time to get mentally prepared. He then confronts her for hiding about Aryan’s matter. He asks her if she told him about Aryan stealing his presentation. He gets angry on her for hiding the matter as well.

The matter gets worse with Naitik’s step to lock himself. Everyone gets concerned for him. They worry that Naitik can do anything wrong. They call Naira to come over and talk to Naitik. Naksh learns Kirti has spread the affair thing in her family. He gets upset with her. He asks her how could she tell Dadi about the affair. Kirti admits that she had told Dadi. Naksh asks her if she really thinks Naitik can have an affair. He tells her that he has belief in Naitik, he can never do such a thing. Naksh feels he should have not told anything if she was unsure. Naksh stands by Naitik with same trust and love.

Naira reaches Naitik and asks him to talk out once. Naksh tells Naira that Naitik can’t never do this, its not possible. Kartik asks Kirti if Naksh and she had any argument. Kirti feels guilty to create a discord in the family. Kartik encourages her to be strong. Kartik really thinks Naitik and Priyanka have an affair. He wants to pass the phase by supporting them. Naira feels lonely without Kartik’s support.

Goenkas arrive at Singhania house to know about Naitik and Priyanka’s relation. Dadi apologizes to hurt Naitik’s sentiments. Everyone wants an answer from Naitik. Dadi gets keen to know the matter.

Naira questions Naitik over the matter. Naitik apologizes to everyone for the trouble. He tells everyone that Priyanka is just his friend. He tells them that they are assuming the wrong thing. Naira and Naksh get happy knowing about Naitik’s friendship. Dadi and Baisa object over their friendship. Manish supports Naitik. He tells everyone that Naitik can make friends in any age, they shouldn’t turn it more odd for him. Priyanka wants Naitik to reveal the truth to his family. She gets angered when he hides the real matter. Singhanias get doubtful on Naitik’s statement.