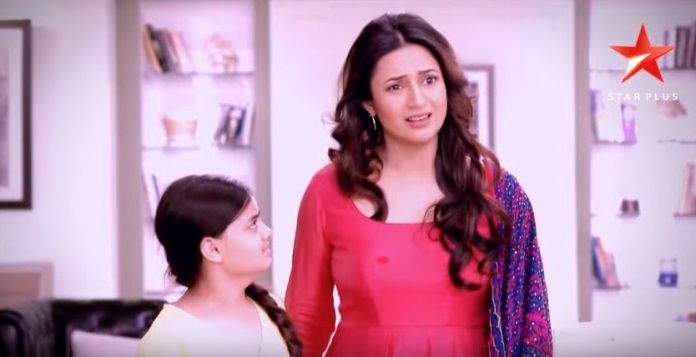 Mihika tells Aaliya that her stories can’t be true, she knows her planning. Mihika doesn’t believe her. Simmi tells Mihika that Aaliya is just following Ishita’s orders to stop the marriage. Aaliya asks Mihika to believe her once. Simmi shoos her away. Ishita reaches home to stop the baraat. She wants Raman to know Parmeet’s truth. She searches for Raman. Parmeet welcomes her and tells her that Raman has already left with his baraat. He then ties up Ishita to limit her from reaching Raman. He kidnaps Ishita. He tells her that he will not let her plans succeed. He wants to leave her free once Raman and Mihika get married.

Parmeet asks the man not to let Ishita reach the venue. Bhallas welcomes Iyers in the marriage ceremony. Raman gets seated in the mandap. Everyone gets worried for the marriage happening. Aaliya tells Shagun that she is very stressed, Ishita didn’t reach till now. Adi and Ruhi try to find Ishita. They plan to do something to stop the marriage. Adi tries to find Aaliya to know about Ishita. Shagun and Aaliya decide to go Bhalla house and get some clue about Ishita. They don’t get time to inform Adi and just leave.

Ishita struggles to get free and escape. She tries hard to be at the venue on time. Ishita learns Parmeet has left the money lender to keep a watch on her. She tries to trick him and run away. Pihu requests Raman not to marry Mihika. She doesn’t want Raman to get separated from Ishita forever. She tries to show her unhappiness towards accepting Mihika as her mum. Raman doesn’t back out from his promise. He explains Pihu that now its too late for him to refuse for marriage.

Raman feels sorry to hurt Pihu’s sentiments. He is sure Pihu will accept Mihika with time. He doesn’t want her to cry. He tells her that he is doing everything for her sake. She asks him not to get any new mum for her, by going against her will. Raman falls in a dilemma. He cheers up Pihu and promises that he will call off the wedding for her sake. He tells her that he will talk to Mihika. Pihu feels Simmi’s plan won’t succeed now. Ishita reaches the marriage venue and gets kidnapped again.