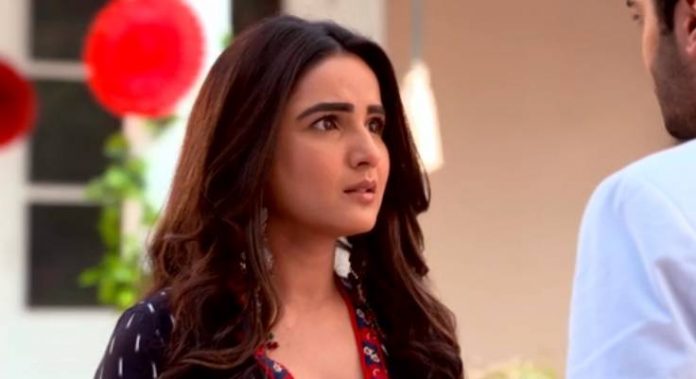 Teni gets taunting Shorvori over her fate. She forgets her vows and decision to stay with Shorvori with love. She now gets heartbroken. She feels Shorvori has stolen her passport and cancelled her honeymoon trip with Parth. She gets out anger on Shorvori. Teni gets bitter tongued and hurts Shorvori’s feelings. She doesn’t confirm if Shorvori has really stolen the passport. Kaki tells Teni that its not proved that Shorvori has stolen her passport, still they can understand the culprit just had intention to stop her from going with Parth, none other than Shorvori can do this.

She asks Teni not to vent out frustration in front of family. She angers Teni by reminding her how she missed the trip. She asks Teni does she not feel bad after all this. Teni gets speechless. She thinks of her dreams which remained unfulfilled because of Shorvori.

Kaki instigates her against Shorvori. She acts innocent as if she didn’t say anything against Shorvori. She leaves Teni with her imagination. Shorvori suggests some amazing recipe to Teni. Teni asks Shorvori to make it herself. Shorvori feels she has hurt Teni’s emotions. Teni stays away from Shorvori. Shorvori is innocent, and yet bears all the anger. She thinks Teni’s behavior is justified as she is very upset. She decides to talk out and end the matter.