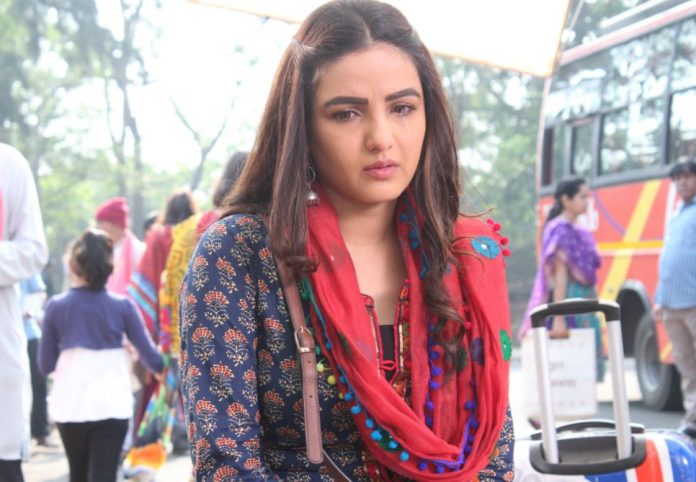 Teni does a new drama. Teni finds a new way and tells the family that she thought of leaving the decision to Lord. She says Shorvori and I will write our names on chits and drop it in the bowl, whoever’s name comes will get the rights of Parth’s wife. Parth and Shorvori agree with Teni’s idea. Teni writes Shorvori’s name instead of her own. Shorvori’s name comes in the chit. It brings a delightful moment for Shorvori. Dada ji gets angry on Teni for her sacrifice. He asks Teni if she has lied to the media and family by giving away her rights, why is she playing with their emotions, its tough for them as well.

Dada ji reminds Teni how she has told the media that Parth’s relation doesn’t mean anything to her. Dada ji tells Teni that it is like cheating them, why did she play this drama when she had to leave the decision on fate.

He tells Teni that fate should decide about Parth’s life. He confronts her. He asks her if she has no belief in Lord and destiny. Teni tells Dada ji that she has always faced troubled in life and she can tolerate this too, but Shorvori has fought with her death to return in Parth’s life, she should get Parth, she deserves him more. She says I didn’t do anything wrong, Shorvori and Parth are soul mates, they should get together. Dada ji and Dadi feel bad for Teni. Parth and Shorvori will soon learn Teni’s big sacrifice.

Dada ji has much respect for Teni. He praises Teni for showing courage and giving such a big sacrifice. He says Teni also has a relation with us, we will keep this relation forever. Teni thanks everyone. She asks them to call her if they need any help, she will come running to them. Kaki gets jealous when Teni gets praised. She starts taunting Teni.

She asks why are they getting emotional when Teni is leaving, if the chit had Shorvori’s name written, Shorvori would have left the house too. Dada ji tells them that Teni is selfless, she has proved this again and again. He doesn’t want Teni to leave the house. Teni says I had to go some day, it was always destined. She tells Dada ji that she can’t live in the house now. She asks him to let her go. The family requests her not to go. Shorvori asks Teni to live with them, they all need her. Teni loves the family a lot and changes her decision. She stays back in the house as Dada ji’s beloved daughter.